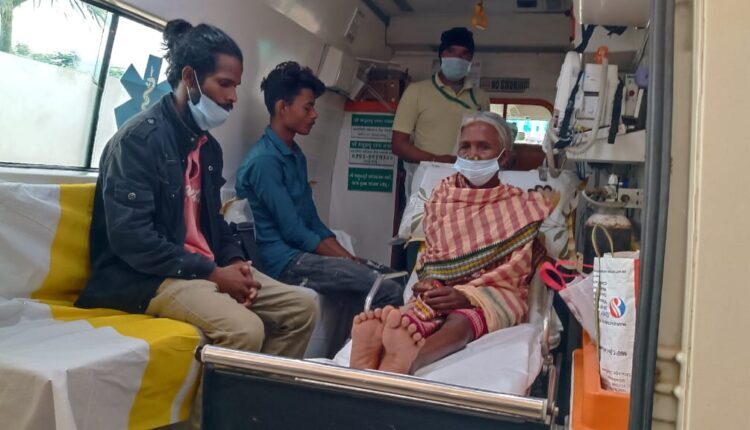 Koraput: The Koraput district administration today served notices on a female social worker and an attendant for allegedly forcing Padma Shri Kamala Pujari to dance inside the ICU of SCB Medical College and Hospital in Cuttack a few days ago.

Jeypore Sub-Collector BB Pradhan served notices on social worker Mamata Behera and attendant Rajeeb Hial in connection with the incident. The duo was asked to submit their replies by 10 am tomorrow (September 6), sources said.

Notably, Pujari was suffering from kidney ailments and she had been admitted to the ICU of Medicine department at SCB August 25.

A video of an ailing Pujari dancing with the female social worker inside the ICU went viral on social media soon after the Padma Shri awardee was discharged from SCB on August 29.

Members of several tribal outfits condemned the video and sought stringent action against the female social worker. They threatened to launch an agitation if the authorities concerned do not take appropriate steps in this regard.

Pujari later claimed that the female social worker had forced her to dance inside the ICU of SCB.

Taking the issue seriously, the Health department had asked the authorities of SCB Medical College and Hospital to conduct a probe and submit a report at the earliest.

In their reply, the hospital authorities claimed that they had no information regarding the alleged incident.