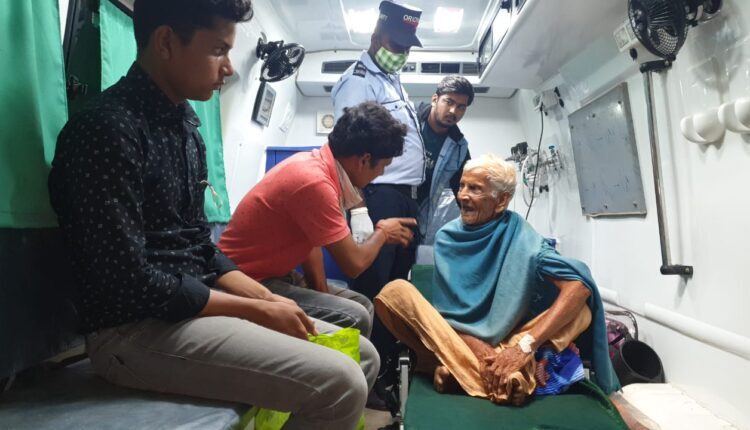 Jajpur: Padma Shri awardee Nanda Kishore Prusty of Kantira village under Sukinda police limits in Odisha’s Jajpur has tested positive for COVID-19 and admitted to a private hospital in the district.

His condition was reportedly stated to be critical. He was suffering from cold and fever for the last few days.

Prusty was initially taken to the Sukinda Community Health Centre on November 28 as he complained of illness. He was later shifted to the Jajpur District Headquarters Hospital on November 29 and then to the Tata Steel Medica Hospital as his condition deteriorated.

Days ago, he was allegedly threatened by two locals on November 29. This apart, the accused duo launched murderous attack on the centenarian teacher’s son Ganeswar, leaving him critically injured. The victim has been hospitalised.

According to reports, Ganeswar was heading towards market for buying medicines for his father, during which Laxman Mallick and Sushant Mallick of the village intercepted and thrashed him. The two also threatened the elderly man to attack him.

Hearing screams of Ganeswar for help, several villagers rushed to the spot, after which the attackers fled the spot. He sustained grievous injuries on his hands and legs and was admitted to the Sukinda Community Health Centre for treatment. He was later shifted to the Jajpur District Headquarters Hospital as his condition deteriorated.

The attack was a fallout of land dispute, said Nanda Kishore Prusty’s grandson Sarbeswar Prusty. Family members of Prusty had earlier lodged an FIR alleging that the two accused were trying to grab a patch of land possessed by the complainants.

Following the attack, efforts were on by police to trace and nab the attackers. Cops have seized two mobile phones from the houses of the accused while the devices were being examined.