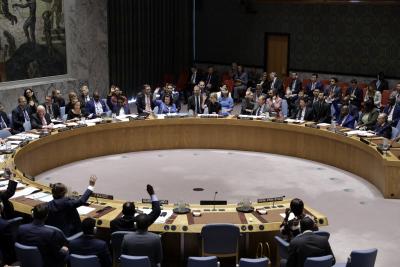 Islamabad: Pakistan has again blocked India’s attempt to become a permanent member of the United Nations Security Council (UNSC), which it is showcasing as its diplomatic success against New Delhi.

India lacked minimum support from other member states of the UNSC’s global forum to become the permanent member, while Pakistan’s stance of opposing the UNSC membership to India and urging for a continuation of debate on the criteria of the membership was accepted.

Pakistan has maintained and emphasized a definite period of UNSC permanent membership and its election after every two or five years, an argument that is part of the ongoing debate at the UNSC.

“India lacks getting a two-third majority in the UN Charter, whereas, the Indian group also loses the backing of the United States (US),” media reports suggest.

“India has also failed to meet the criteria for becoming a UNSC permanent member despite claiming to be a secular and strong economy,” Pakistan maintained.

“Pakistan’s stance was supported by the Arab league and the African Union,” said a diplomatic source.

During April this year, Pakistan had highlighted the need for flexibility to achieve the required consensus among all UN member states to overcome the stalemate in the long-running negotiations to restructure the UN Security Council.

Pakistan Ambassador at the UN Munir Akram said that the slow pace of progress in Security Council reform is not due to any deficiency in the process or procedure but it was due to what he termed as “inflexibility of a few individual states which have come into these negotiations with a pre-demand end goal of fulfilling their national ambitions to secure an elevated and privileged position within the Security Council, regardless of the principle of sovereign equality of states”.

The debate over the Security Council reforms started in February 2009, where various categories of membership were brought on the table for open discussion. The power to veto, regional representation, size of an enlarged Security Council and working methods of the council with reference to relationship with the General Assembly, have been debated among the member states.

Pakistan maintains that the process towards restructuring of the Security Council remains blocked as India, Brazil, Germany and Japan aka G-4 states keep pushing for permanent seats in the Council, which Italy and Pakistan-led Uniting for Consensus (UFC) group opposes any additional permanent members.

One year on, EU slams Taliban over abuse of Afghan women and…