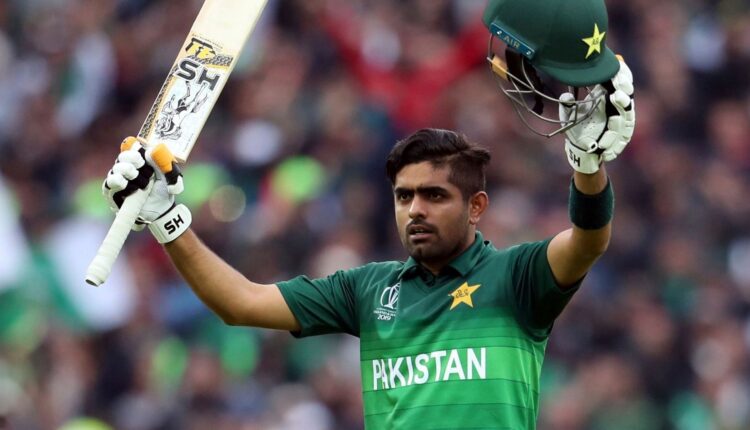 Dubai: Pakistan captain Babar Azam on Monday was named as ICC Men’s ODI Cricketer of the Year for 2021. Azam beat competition from Bangladesh’s Shakib al Hasan, South Africa’s Janneman Malan and Ireland’s Paul Sterling to win the award. Earlier, in this edition of the ICC awards, Azam was selected as the captain of the men’s ODI and T20I elevens of the year 2021.

“First of all, I am thankful for the fans for supporting me and cheering me on. After that, I am thankful to PCB and ICC and especially my Pakistan team for supporting and backing me. It wasn’t possible without them. I feel proud to have such a good team. I am also thankful to my parents who prayed a lot (for my success),” said Azam in his acceptance speech.

Azam might have played only six ODIs in 2021, but he made vital contributions in the two series that Pakistan played this year, scoring 405 runs in six matches at an average of 67.50 with two centuries. His best performance came in a losing cause in the final ODI against England.

With the series already lost, Pakistan were playing for pride as well as crucial ICC Cricket World Cup Super League points in the third ODI at Birmingham. Put in to bat first, Pakistan posted 331, with Babar scoring close to half of the team’s runs. Walking in to bat early in the innings, Babar strung a 92-run stand with Imam-ul-Haq to bail Pakistan out of trouble.

“The best innings if you ask me is that 158, I scored against England which is also my highest score. I reckon it’s the best innings of my career. I was actually struggling a bit at that time and needed a knock. I got it and it gave me a lot of confidence,” said Azam about his knock.

He was cautious in his approach initially, bringing up his half-century in 72 balls. He made up for it by bringing up the next fifty runs in just 32 balls — it was his second ODI century of the year. With the milestone out of the way, he exploded in the death overs and almost batted through the innings, getting out in the last over for 158, his highest-ever ODI score.

Azam was also the second-highest run-scorer with 228 runs and was the ‘Player of the Match’ in both of Pakistan’s wins in the 2-1 series victory against South Africa. The architect of Pakistan’s chase of 274 in the first ODI, he made a century and laid the foundation with an 82-ball 94 in the final ODI where the visitors posted 320 batting first.

“To beat South Africa in South Africa is a very difficult task because the pitches are different and they have a quality bowling attack. We won the series there on the back of performances by Fakhar Zaman, myself and Imam-ul-Haq.

“My aim is to score runs in every country and at the home of the opponents. It was my goal and that series (against South Africa) was quite helpful for us. The momentum we gained after that win, it gave our team and me as a player and captain lot of confidence,” concluded Azam.

UP Assembly Elections: This Uttar Pradesh village says no to BJP