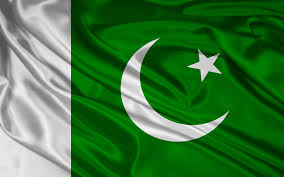 Pakistan is to “forcefully” present its stance on India’s “state terrorism” in Jammu and Kashmir at the upcoming UN General Assembly in New York, the Foreign Office said on Thursday.

Zakaria said Pakistan has always raised the issue of Jammu and Kashmir at the annual UNGA session and mentioned Sharif’s speech at last year’s session “where he strongly highlighted the internationally recognized dispute”.

He said most UN Security Council members had “already been taken onboard on the continued human rights violations” in Kashmir Valley.

At least 65 people, including children, have been killed in Kashmir Valley battling the worst outbreak of unrest in many years.

The latest round of violence in Kashmir, which is claimed by both India and Pakistan, was triggered on July 9, a day after Burhan Wani, a popular young commander of Kashmir’s largest pro-Pakistan group, Hizbul Mujahideen, was killed.
(IANS)