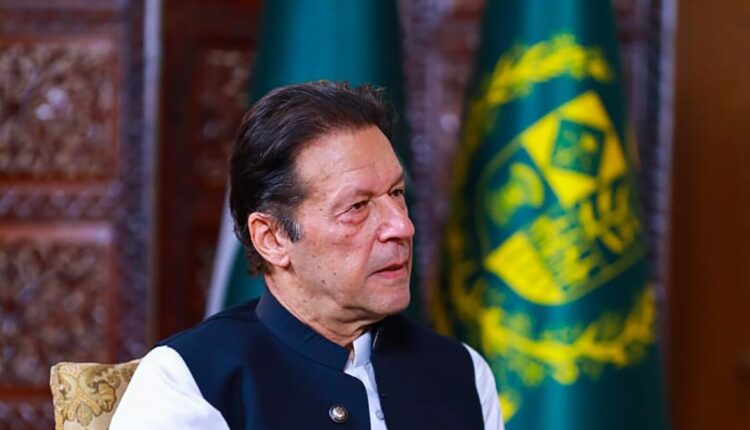 New Delhi: The Pakistan Opposition and citizens of the country have slammed Prime Minister Imran Khan for his reaction to the Murree incident, where 22 people froze to death due to heavy show, saying the ruling PTI government has gotten used to blaming others for their own mistakes, Geo News reported.

In a tweet on Saturday, Khan said: “Shocked (and) upset at tragic deaths of tourists on road to Murree. Unprecedented snowfall (and) rush of (people) proceeding without checking weather conditions caught district admin unprepared.”

The tweet, however, did not sit well with the people, particularly the Opposition, as they lashed out at him for his “insensitive and shocking response”.

Bushra Gohar, a former member of Parliament, urged the Prime Minister to stop blaming victims of the tragedy. “It is because of your #PuppetGovernment’s callousness, incompetence (and) mismanagement.”

“Accept responsibility and resign. Enough!” she said, alongside hashtags “LivesMatter”, “ArrestBrandKhan” and “GayaPakistan”.

PML-N spokesperson Marriyum Aurangzeb wrote: “This statement is the height of (your) indifference, cruelty, and incompetence.”

Lashing out further at the premier, she said that “corruption” and “incompetence” aside, Khan should resign after blaming those who lost their lives, Geo News reported.

She demanded he answer for his “criminal negligence” and regretted that his statement comes from a man who claims he wants to model Pakistan after Madina.

Journalist Absa Komal wrote: “Insensitive and shocking response, it is your administration’s failure, accept it at least! They could have easily taken preventive measures knowing that a huge number of people were heading towards Murree.”

Calling Khan a “callous person”, PML-N leader Ahsan Iqbal said the Pakistan Metrological Department (PMD) issued a warning on December 31 about heavy snowfall and “everyone in the government was sleeping”.

“He is now blaming the people for failing to check the weather before coming. Those who brought such a person in to the office of PM will taste Allah’s wrath for the suffering of people,” he said.