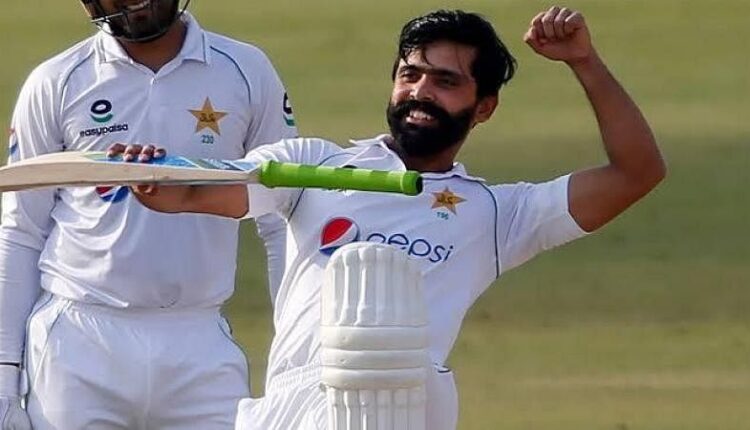 Kingston: Former West Indies cricketer Ian Bishop has lavished praise on Fawad Alam after the end of Day 3 of the second Test against the West Indies at Sabina Park here.

Alam struck his fourth Test century since his comeback in international cricket after a decade to lead a fightback against West Indies in Sabina Park on Sunday. He is also the eighth leading run-scorer in Test cricket this year with 513 runs in 11 innings at an average of 57.

“I am taking substance over style; Production over aesthetics any-day. Fawad Alam deserves every run and more that the cricketing gods deem necessary for him. 4 centuries in the last 12 months since he returned (two clapping hands emojis),” tweeted Bishop on Monday.

Alam, resuming from 76 after retiring hurt due to cramps on the first day, made an unbeaten 124 runs off 213 deliveries with 17 fours to guide his side to 302/9 before skipper Babar Azam declared the innings.

Through the course of his knock, he also became the fastest Test batsman from Asia to score five Test centuries. The 35-year-old scored five hundreds in only 22 innings, surpassing the record held by Cheteshwar Pujara who achieved the feat in 24 innings.