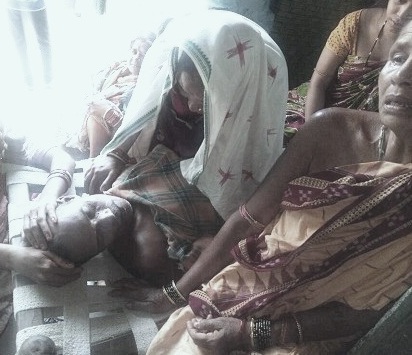 One person was killed and two others injured as two rival groups clashed at a palli sabha (village meeting) held at Mahalikpada panchayat under Harbhanga police limits in Odisha’s Boudh district.

According to reports, two groups clashed over the award of a contract. One Dasarathi Kheti was killed on the spot and two others sustained injuries after being attacked by a member of a rival group with a wooden stump.

While the injured were rushed to the nearby hospital and have been released after first aid, police have reached the spot and inquiring into the matter. The accused has fled the spot and police have launched a manhunt to arrest him.

“One Sanjay Pradhan, son of Awadhoot Pradhan, who was in a drunken state first hurled abuses at those in the meeting and demanded the work order of the contract job in his favour. This was objected to by others, following which he punched one on his face and chest resulting in the death of one person on the spot. However, he has managed to flee the spot after the incident,” informed B Gangadhar, S P Boudh.