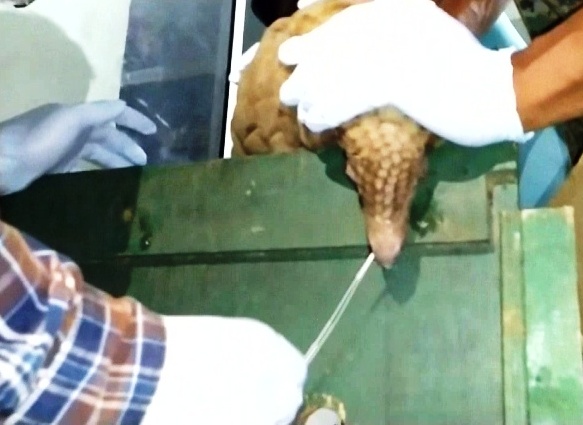 Reportedly, COVID test was conducted on a pangolin, that was recovered from the possession of one Singu Baske in Bangiriposi area of Mayurbhanj district yesterday. Swab sample of the accused was collected for the test and his report came out positive.

Since the pangolin was with the accused for few days, swab sample of the mammal was also sent for COVID test. If found positive, it will be kept under isolation and later released into forest, informed an official.

On May 7, the Mayurbhanj police had arrested Singu on charges of smuggling the pangolin aged around 2 years. The accused had caught the mammal from Similipal Wildlife Reserve and was about to sell it at high price, sources said.

covid test on pangolin in odishapangolin