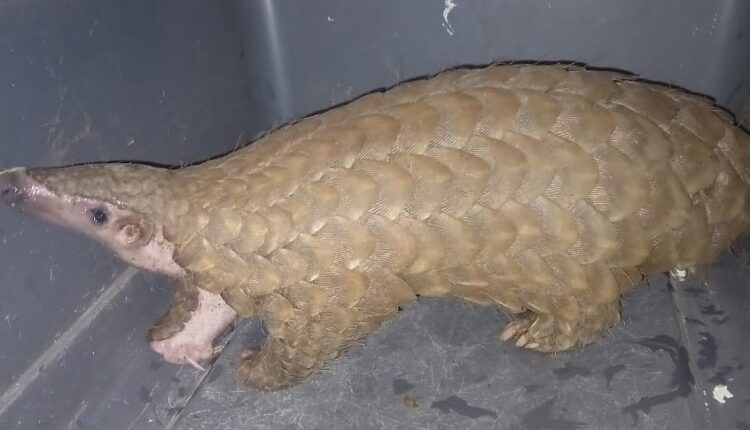 Sonepur: The Special Task Force (STF) of the Odisha Crime Branch rescued a pangolin and seized pangolin scales near Rajakothi in Sonepur district and arrested two persons in this connection.

According to reports, the animal and scales weighing 5.65 kg were being smuggled by the accused. Acting on a tip-off, officials of the agency intercepted the smuggler duo and rescued the pangolin alive besides seizing the scales.

The arrested have been identified as Somnath Bag and Marsanal Bhengera of Sonepur district.

The pangolin has been handed over to the Forest Department.

Over 700 kg ganja worth Rs 70 lakh seized in Odisha