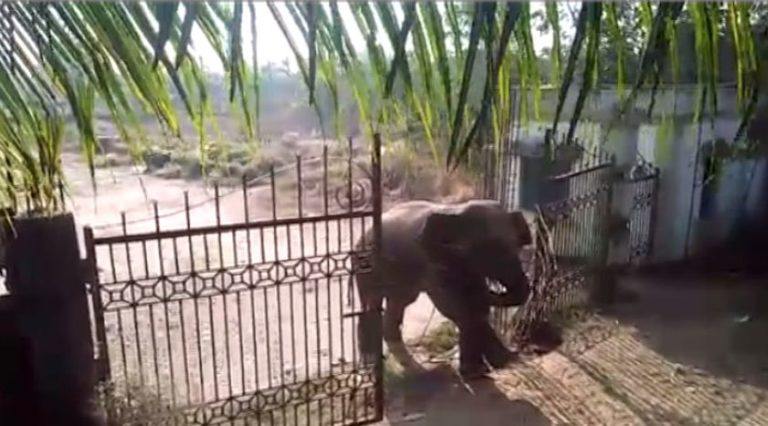 Bhubaneswar: A wild jumbo created panic among locals after it strayed into Jayadev Vatika here on outskirts of the city late on Friday night.

Even after the elephant came out of the park, it proceeded towards Khandagiri.

Taking a precautionary measure to avoid any untoward incident, the Jayadev Vatika authorities have decided to close the park for today for the visitors.

The Forest officials launched a drive to ward off the elephant to Chandaka forest.

The incident occurred just 12 hours after an elephant sneaked into the Horticulture farm of Odisha University of Agriculture and Technology (OUAT) at Ghatikia, on outskirts of Bhubaneswar.

It is believed that it is the same wild jumbo that entered Jayadev Vatika by damaging the boundary of the park.

Sources said that elephant strayed into the park after the forest officials drove it out from OUAT farm yesterday.