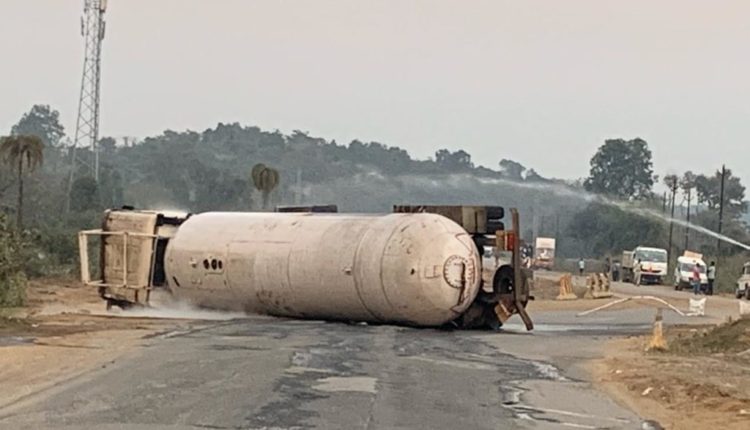 Angul: Panic gripped the residents of Kamarei village under Handpa police limits in Angul district after a propane gas tanker overturned on NH-55 today afternoon. Though no one was injured in the accident, gas leaked from the tanker causing fear among villagers.

In order to prevent any further mishap, the administration deployed six fire tenders at the spot. Also, residents of villages within two kilometers of the spot were asked not to cook food.

Fire tenders were engaged to dampen the soil within 500 metres of the accident site.

As per reports, the gas tanker was going towards Cuttack from Sambalpur. Driver of the vehicle lost control when one of the tanker’s wheels fell into a ditch dug up for NH expansion. Following the mishap, gas leaked from the tanker.