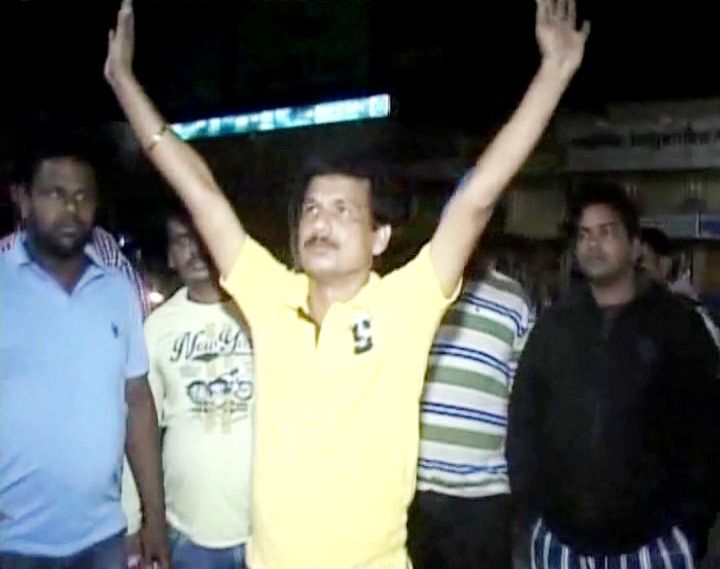 Notably, while performing stand-up comedy on stage during closing ceremony of Puri Beach Festival on November 28, Papu had said that basil (tulasi) leaves over which street dogs pee everyday are used in the rituals of Lord Jagannath. He further went on to say that those who utter ‘Jay Jagannath’ are sinners (papi).

Tension gripped the spot following the incident as several Lord Jagannath devotees present near the stage protested the act and created ruckus demanding public apology from Papu. Normalcy returned after Papu apologised for his remarks on stage.

Below is the video showing what Papu said at the festival and how he apologised:

The incident drew flak from various quarters as activists of Lulu Sena threw ink at Papu near Jharpada Flyover in Bhubaneswar on Wednesday when he was returning from shooting set in his car.

Activists of Hindu Sena had staged protest in front of Papu’s residence at Baramunda in Bhubaneswar yesterday hurling tomatoes at his house.

Odisha-Andhra dispute: Polavaram to be completed by 2018 end