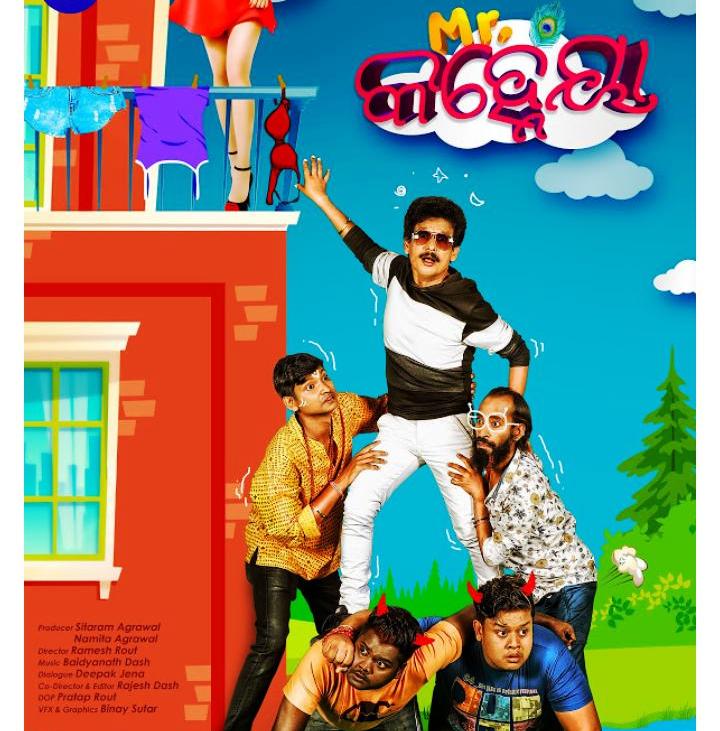 Bhubaneswar: Popular comedian and actor Tatwa Prakash Satpathy, known as Papu Pom Pom, is making a comeback to the Silver Screen with a bang after a gap of almost one-and-a-half years for his illness.

The actor will be seen in a new avatar in the upcoming movie ‘Mr Kanheya’ in opposite of actress Jhilik Bhattacharya. Shooting for the movie, which is being produced by Sitaram Agrawal and Namita Agrawal, has already started.

Directed by Ramesh Rout, the flick is likely to be released on Ganesh Puja. Baidyanath Dash has given the music for the project.

Worth mentioning, Papu Pom Pom had fallen ill after completion of shoot for movie ‘Sundergarh Ra Salman Khan’.He was admitted to AIIMS New Delhi after suffering from pancreatic disease in May 2018.

On July 10 last year, he returned to Odisha after undergoing treatment at the hospital for around two months. He was under constant medication for a while following the treatment. After recovery, the actor made his directional debut ‘Chirkut’ that was released during Raja festival.