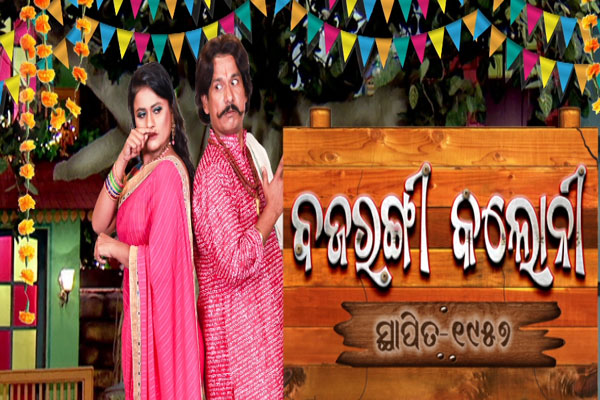 The show will be broadcast at 9:30 pm, four days a week from Monday to Thursday, starting tonight.

The storyline centres at regular petty fights between two characters Jagatnarayan Pati played by Papu Pom Pom and Jhulana Mohanty  portrayed by Rani Panda. Jagat Pati offers a special deal of Rs.1500 for accommodation with food as against the minimum house rent of Rs 5000 in the capital city. But there is a catch! Pati has certain conditions that the boarders of his house have to accord.

The other side of the picture has Jhulana Mohanty, a misandrist who owns a working women’s hostel called ‘Maharani Working Women’s Hostel’ and her first rule for hostellers is to stay as far away from the men in the locality as possible.  Their daily dose of war of words and strict rules on their boarders in today’s free-spirit society is going to leave the viewers in splits.

So, from tonight, resist your laughter if you can because they are coming to tickle your funny bones.