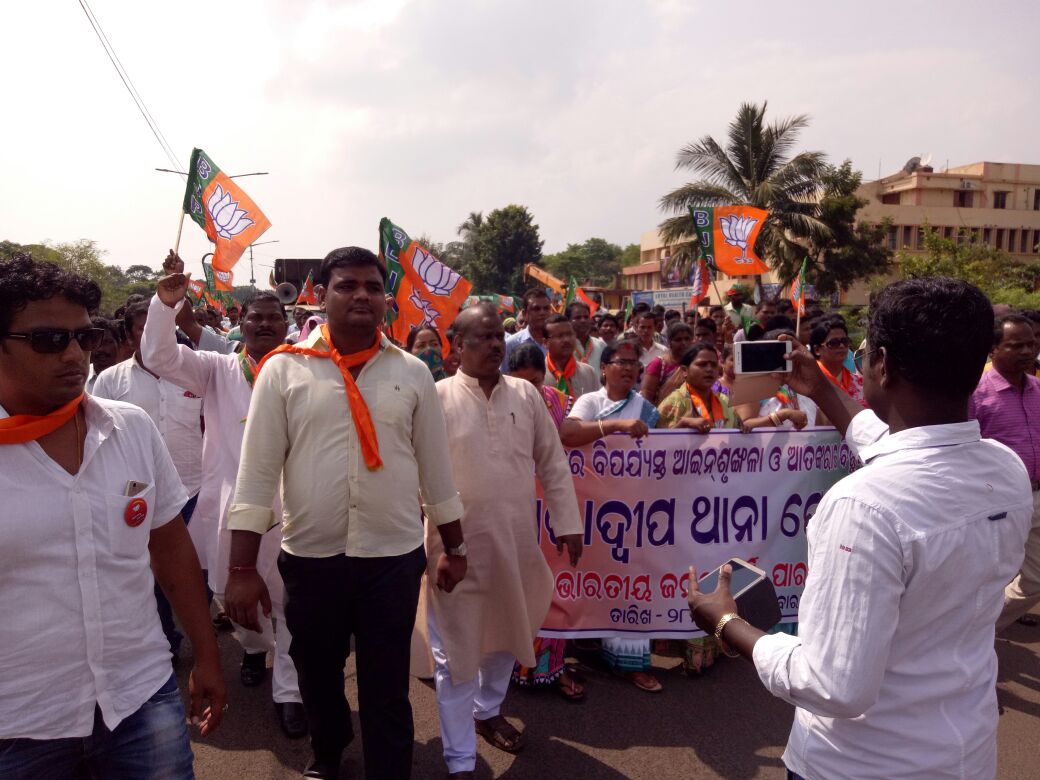 “Powerful people are involved in this case. The government has an interest in playing down the incident. However, we are not going to let that happen. It paints Odisha in bad light and will affect the investments into the state. Besides, the deteriorating law and order situation makes life unsafe here. We want the police to expedite the probe,” said Prakash Swain, a BJP supporter who was part of the BJP demonstration.

Notably, Odisha BJP Spokesperson Sajjan Sharma yesterday held a press conference in Bhubaneswar and demanded a CBI enquiry into the incident. The party further alleged that the investigating officers were under pressure from the government to cover-up the incident.

It may also be mentioned that in his FIR, Mahendra’s brother Rajkishore named rival stevedoring company — Odisha Stevedoring Ltd (OSL) Chief Mahimananda Mishra, three of the employees of OSL along with two unidentified men.

The cops, on the other, have formed four crack teams and conducting raids at several places to nab the culprits, said Paradip IIC Subhranshu Sekhar Nayak.