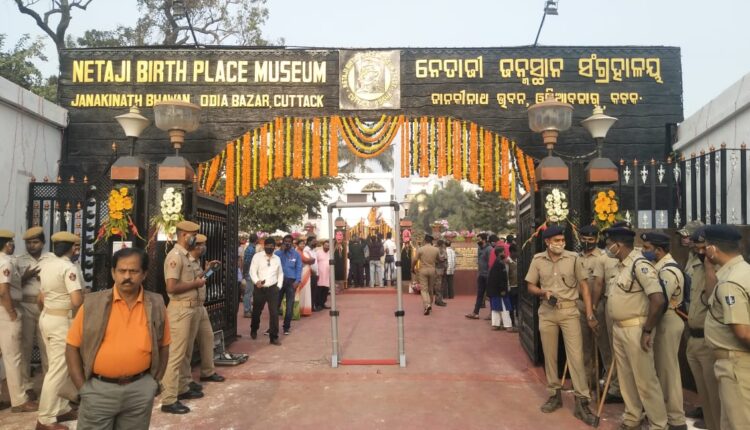 Cuttack: The 125th birth anniversary of Netaji Subhas Chandra Bose is being celebrated with much grandeur and fervour at Janakinath Bhawan, the birthplace of the freedom fighter at Odia Bazar here.

The entire building of Janakinath Bhawan, which also houses the Netaji Birth Place Museum, is all decked up with flowers for the occasion.

Chief Minister Naveen Patnaik visited the site at 11 AM to pay floral tribute to the patriot. He also unfurled the National Flag, on the premises. Later, Patnaik laid foundation stone of the Netaji Bus Terminus at Khannagar here. Earlier in the morning, Union Minister Dharmendra Pradhan visited the place and paid tribute to the freedom fighter by garlanding his statue on the premises in presence of other dignitaries.

General public are also being allowed to visit Netaji’s birthplace today. Several paintings depicting Netaji’s life and his freedom struggle journey have been put on display at Janakinath Bhawan. Later in the day, a Jagyna was performed in the birth room of Netaji, to mark his birthday. 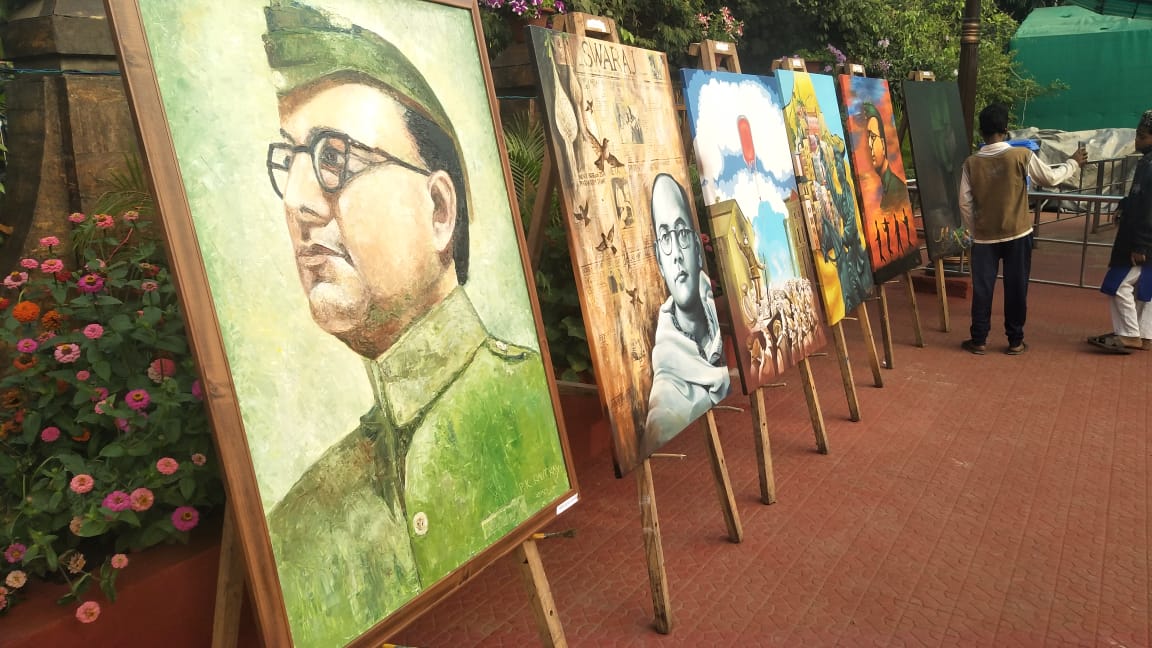 On the occasion, the Union Ministry of Culture will conduct a cultural programme on Netaji’s life on the premises of Janakinath Bhawan.

Early this morning, a horse rally was taken out from OUAT in Bhubaneswar by cadets of the first Odisha R&V Squadron, NCC to spread awareness on Parakram Diwas and other flagship programmes of NCC.