Parala king to be brought to Odisha capital for treatment 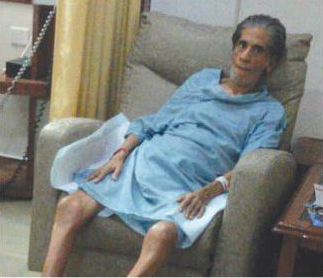 The shifting process of Parala Maharaja Gopinath Gajapati Narayan Deo from Chennai to Odisha capital for treatment has already begun. Soon the hospital authorities, a team of doctors, state government and health secretary will discuss and make the required changes in infrastructure. “The king will be transferred to Bhubaneswar once the state government grants permission,” said Apollo hospital authorities.

Meanwhile, the Paralakhemundi king, who weighed 35 kg when admitted, has shown signs of improvement with his current weight going up by 5 kg. However, he continues to be bed-ridden with doctors yet to take a call on his chemotherapy treatment.

The first death anniversary of Parala king’s son Late Digvijay Singh will be held this month. The king’s daughter Kalyani Devi has expressed her desire to conduct the rituals in Paralakhemundi.

Ambulance fails to turn up; woman delivers baby in van in Odisha