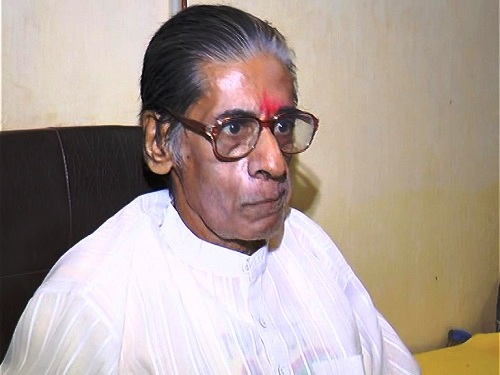 According to reports, the Parala Maharaja arrived at the Biju Patnaik International Airport here from Chennai with her daughter Kalyani.

He was taken to Apollo Hospital in Bhubaneswar where his treatment will continue, sources said.

Notably, Narayan Deo was earlier scheduled to return Odisha on January 3 but he was taken back to hospital from Chennai International Airport as his health condition deteriorated.

“Now, he is undergoing physiotherapy. He will have to continue with the medicines prescribed by the team of doctors for several complications, after being discharged from the hospital also. He is responding well now and able to comprehend well,” Dr. Dillip Kumar Mishra, Cardiothoracic Surgeon, Apollo Hospitals, Chennai had said.

It may be mentioned that the king was shifted to the Chennai hospital under dramatic circumstances after much hue and cry by local people amid rumours of his house arrest and a conspiracy to usurp his property.

A series of demonstrations allegedly led to the suicides of four siblings including the former palace manager Ananga Manjari Patra. Ananga and her brother Sanjay were accused of financial misappropriation pertaining to the property transactions of Parala Maharaja.

Notably, the septuagenarian, a two-time Lok Sabha member from Berhampur, is the descendant of the erstwhile Gajapati dynasty and grandson of Maharaja Krushna Chandra Gajapati, who had played a pivotal role in formation of a separate Odisha state on the basis of its language on April 1, 1936.