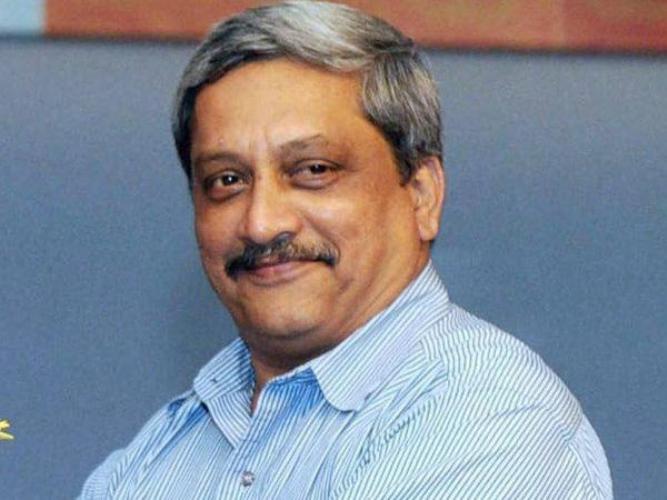 New Delhi: Goa Chief Minister Manohar Parrikar, who is suffering from advanced pancreatic cancer, was on Saturday admitted at the All India Institute for Medical Sciences (AIIMS) for further treatment and examination.

Sources said Parrikar, 62, came to Delhi by a special chartered flight and reached AIIMS around 1.10 p.m. He will be under observation of Dr Pramod Garg, Professor of Gastroenterology and Associate Dean (Research).

No medical bulletin has been issued by the premier medical institute.

Parrikar has been in and out of hospitals in the US, Mumbai and Goa since February.

The Goa CM also held meetings with Speaker Pramod Sawant and Deputy Speaker Michael Lobo amid talks of distribution of some portfolios currently being looked after by him.

“Portfolios would be distributed today to existing ministers so that the administration of Goa can run smoothly and ministers can take decisions on any files. He will distribute 48 portfolios, but will keep two or three like Home, Finance, GAD for himself,” Lobo told reporters after meeting Parrikar at a private hospital in the beach village of Candolim, located 15 km from Panaji.

Apart from key portfolios, Parrikar also holds charge of ministries allocated to Francis D’Souza and Pandurang Madkaikar, both of whom have been hospitalised due to severe ailments.

A central team of Bharatiya Janata Party observers is also expected to arrive in Goa and meet legislators and representatives of allied parties, while also finalising an alternative leader of the BJP-led coalition government in Parrikar’s absence.

Lobo said that the decision of change of leadership has not been taken yet and that Parrikar would continue as the Chief Minister.

“This can be only discussed at a time when he cannot continue anymore. Till then it is not right to discuss. The national leaders will discuss with the core committee. If that need arises, only then a decision on change will be taken,” he added. (IANS)

Petrol hits a record at Rs 89/litre in Mumbai