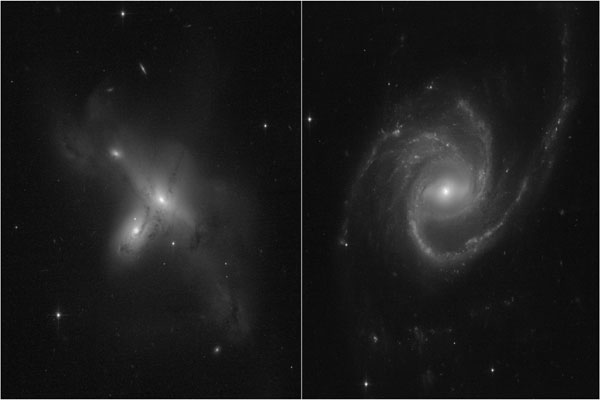 New York: A team of scientists has mapped a galactic wind for the first time, a finding that may help to reveal where some of the universe’s missing matter is located and to observe the formation of a nebula around a galaxy.

Galaxies can receive and exchange matter with their external environment thanks to the galactic winds created by stellar explosions.

The galactic wind was observed via the MUSE instrument from the Very Large Telescope at the European Southern Observatory.

The unique observation is detailed in a study published in the journal MNRAS. MUSE stands for Multi-Unit Spectroscopic Explorer and is a 3D spectrograph designed to explore the distant Universe.

One of the major problems in understanding the formation of galaxies is that approximately 80 percent of the baryons that make up the normal matter of galaxies are missing. Baryons are particles consisting of protons and neutrons.

According to models, they were expelled from galaxies into inter-galactic space by the galactic winds created by stellar explosions.

The international team, led by researchers from the CNRS, the French National Centre for Scientific Research, and Claude Bernard University Lyon 1, used the MUSE instrument to generate a detailed map of the galactic wind driving exchanges between a young galaxy in formation and a nebula — a cloud of gas and interstellar dust.

The team chose to observe galaxy Gal1 due to the proximity of a quasar, which served as a “lighthouse” for the scientists.

The perfect positioning of the galaxy and the quasar, as well as the discovery of gas exchange due to galactic winds, made it possible to draw up a unique map.

This also enabled the first observation of a nebula in formation that is simultaneously emitting and absorbing magnesium — some of the universe’s missing baryons — with the Gal1 galaxy.

The “missing” baryons must be distinguished from dark matter, which consists of non-baryonic matter of an unknown nature.

This type of normal matter nebula is known in the near universe, but their existence for young galaxies in formation had only been supposed, the team explained.

Scientists thus discovered some of the universe’s missing baryons, thereby confirming that 80-90 percent of normal matter is located outside of galaxies, an observation that will help expand models for the evolution of galaxies.

Halloween 2021: History, Significance and Why it is…

NASA finds signs of planet outside Milky Way galaxy for the…