Partha Chatterjee will be discharged from AIIMS Bhubaneswar soon 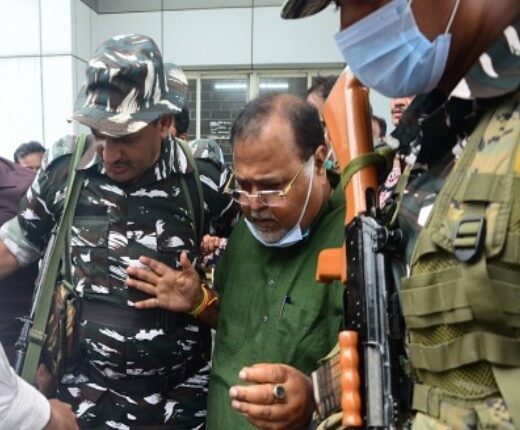 Bhubaneswar: Arrested West Bengal minister Partha Chatterjee will be discharged from AIIMS Bhubaneswar soon as he doesn’t have any serious health issues, said a senior official of the institute.

After a direction from the Calcutta High Court, Chatterjee, who’s also the Secretary General of Trinamool Congress, was flown to Bhubaneswar for medical check-up on Monday morning following his arrest by the ED in connection with the multi-crore teacher recruitment scam in West Bengal.

Speaking to mediapersons, AIIMS Bhubaneswar Executive Director Asutosh Biswas said, “We have examined him (Chatterjee) and checked his medical history. We have investigated and found something which is not very serious in nature. We will be discharging him very soon.”

Several medical procedures, including blood tests, cardiological investigation, kidney and thyroid tests etc. have been conducted on Chatterjee by the doctors, which showed that he has some chronic illness which is not very serious in nature, Biswas said.

The minister is under medication for a long time and he has been advised to continue the treatment with some modifications as per his latest symptoms and signs, said the AIIMS director.

Explained: What is monkeypox, how does it spread, how to avoid