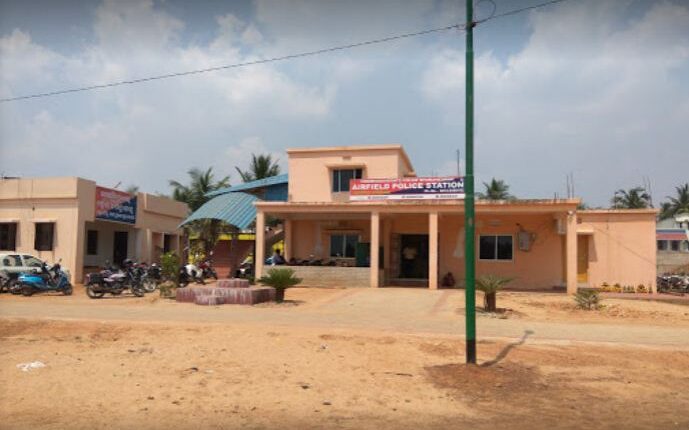 Bhubaneswar: High drama unfolded at the Airfield police station in Odisha capital today as a woman constable lodged a complaint accusing her husband of having an affair with a girl. However, the woman’s husband filed a complaint against her alleging that she attacked him and his mother with a knife at his house here.

According to reports, Amaresh Sahu and his wife Bhagabati Nayak, both police constables, had married in 2008. While Amaresh was posted at Aul police station in Kendrapara district, Bhagabati was working at the Badagada police station in Bhubaneswar. Following marital discord between the two, Amaresh had filed a divorce petition in the court in 2017.

The matter turned ugly today when Bhagabati reached her husband’s house at Bhimatangi in the city and allegedly found him with a girl, who works in a bank. The woman cop has alleged that her husband was having an affair with the girl.

However, Amaresh said her wife attacked him and his mother with a knife at his house besides ransacking his car. She reportedly damaged the girl’s scooter parked near Amaresh’s house.

He also refuted the allegation of having affair with any girl.

As UK COVID strain was detected in Odisha, know why it’s dangerous