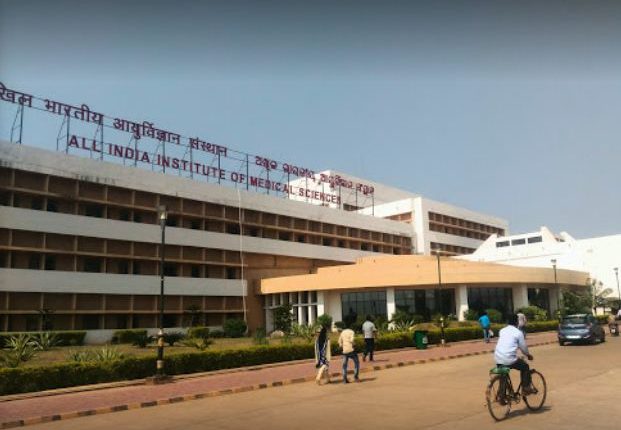 Bhubaneswar: In yet another shocking episode, a patient allegedly died by suicide at AIIMS Bhubaneswar here today. He was identified as Mahendra Swain from Puri district.

Swain, who was undergoing treatment at the Plastic Surgery department, jumped from the fifth floor of the hospital and died on the spot. Sources said Swain’s left foot had been amputated and he was about to be discharged soon. He was reportedly being taken in a wheelchair by his wife when he took the extreme step.

The reason behind the death is yet to be ascertained.

The deceased is a resident of Birapratapur village under Chandanpur police limits in Puri district. He used to eke out his living by selling vegetables in the village. Since nearly 40 days, he was admitted to the hospital here for deep injury in the left leg. Later, he was also diagnosed with cholelithiasis (gallstones) while undergoing treatment.

While his foot was amputated, he was to be discharged in a couple of days.

“His financial condition was not so good. He was under duress as a lot of money was spent on his treatment. At around 11.30 am, he jumped to death from the window of the fifth floor of the hospital,” deceased’s brother Narendra Swain said.

This is the second such death in the State in a span of two days. On Friday, another patient jumped to death from the fourth floor of the district headquarters hospital in Dhenkanal.

It will be BJP vs AAP in 2024 general elections, claims Manish Sisodia