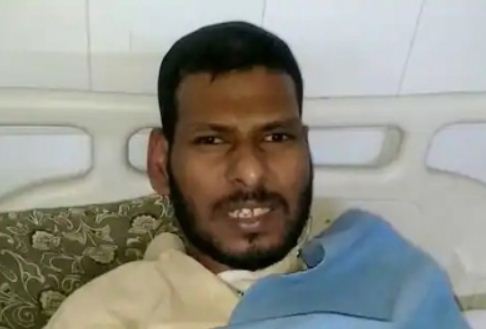 Shahjahanpur (Uttar Pradesh): In a shocking incident, a patient at the district hospital in Shahjahanpur killed another patient over a dispute over a bed.

The victim, Hansraj, had been admitted into the holding area of the hospital and was allotted bed number 21 on Saturday night. Hansraj was admitted after he complained of severe pain in the abdomen.

The accused patient, Abdul Rehman, said to be mentally unstable, was admitted on bed number 27.

Rehman, according to reports, went to the washroom on Sunday morning and when he returned, he forgot his bed number. He started arguing with Hansraj alleging that the latter had forcibly occupied his bed.

As the argument heated up, Rehman lifted Hansraj from the bed and threw him on the ground. Hansraj died on the spot.

The family members of the deceased created a ruckus, accusing the hospital administration of negligence.

The police have detained the accused patient and his father.

The body of the deceased has been sent for post mortem.

Circle Officer Praveen Kumar said that the accused had been taken into custody and the FIR would be lodged on receiving the complaint from the family of the deceased.