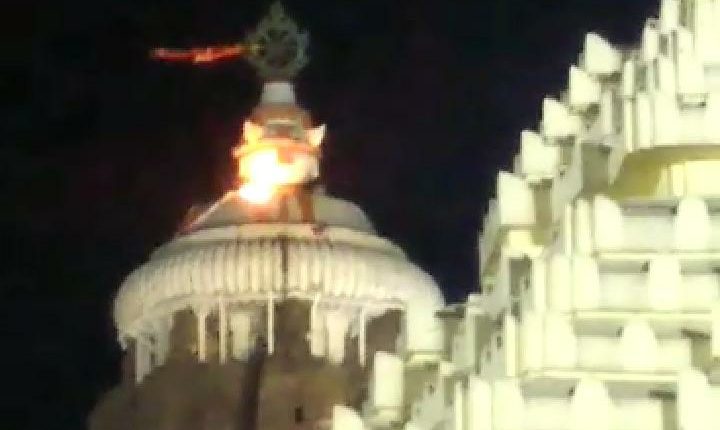 The flag tied to the metal wheel was reduced to ashes after it caught fire from a lamp that is placed near the Neela Chakra (Blue Wheel).

On every Ekadasi, lamp is placed near the giant metal wheel made out of astadhatu. However, a flag caught fire and was badly damaged.

As per temple servitors, it is the first such incident in the history of the temple.

“For the first time, I am witnessing anything like this. It is inauspicious and an indication of great danger to the country and state. The coronavirus has killed so many people across the world and four people have already been killed in India. I hope it doesn’t get worse. I pray Mahaprabhu (Lord Jagannath) to save the mankind,” a servitor expressed.

Earlier on several occasions, the flag tied to the Neela Chakra has snapped off and the temple priest had expressed apprehensions about something bad happening in the future.

Last year during severe cyclonic storm Fani, similar incident had taken place. A flag came off due to the gusty winds under the impact of the cyclone.