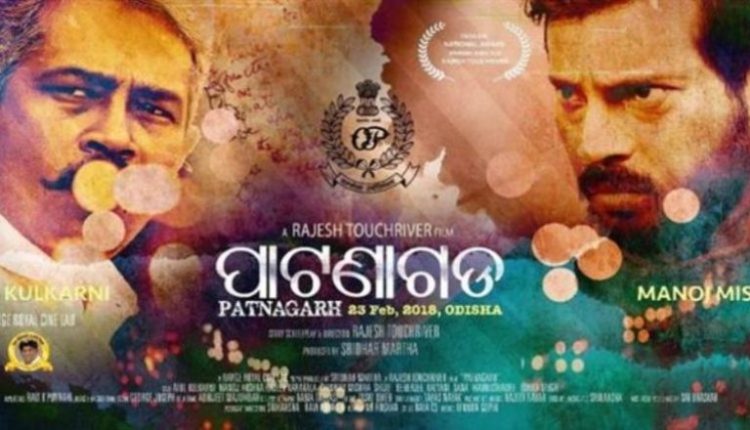 Bhubaneswar: Authorities of the 25th Kolkata International Film Festival (KIFF) today decided to drop their plans for screening of ‘Patnagarh’ movie, which is based on the much discussed parcel bomb explosion case in Patnagarh of Bolangir district.

Following a legal notice from family members of Soumya Sekhar Sahu, who was killed in the blast, a decision was taken to drop the screening of the movie during the KIFF scheduled to be held from November 8 to 15. The notice was sent to the movie’s producer Sridhar Martha and director Rajesh Touchriver.

In the notice, Soumya’s family members mentioned that neither the film’s director nor producer had informed them prior to the making of ‘Patnagarh’. They also stated the main accused in the parcel bomb blast case Punjilal Meher has been portrayed as a ‘hero’ in the movie.
Made in Odia, Hindi and Telugu languages, Manoj Mishra and Atul Kulkarni starrer ‘Patnagarh’ movie is set for a release on November 8.

Worth mentioning, on February 23, 2018, Soumya and his grandmother Jemamani were killed in the parcel bomb case while his newly married wife had sustained grievous injuries.

Later the Crime Branch, which was handed over the case, arrested English lecturer Punjilal Meher as the main accused. Due to some past enmity with Soumya’s mother Sanjukta Sahu, Meher had allegedly conspired the bomb blast.

Odisha: Second tranche of KALIA money to be disbursed in Nov