PE investment in Indian real estate likely to revive in 2021 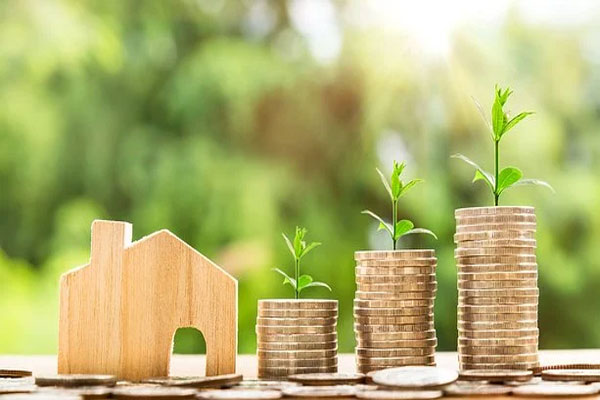 New Delhi:  Private equity investment in the Indian real estate sector is likely to recover and hit the $6 billion-mark next year, registering a year-on-year growth of 30 percent, according to a report by Savills India.

The report noted that the growth may come on the back of an improving economic sentiment supported by policy reforms and growth in key emerging sectors.

It said that PE investment in real estate in 2020 is expected to contract at $4.6 billion due to decline in economic activity, adding that investors are likely to adapt themselves in the altered world order and steadily return to the market with evolved strategies.

“The next wave of investments will be driven by growth in warehousing, affordable housing and data centres apart from the commercial office segment which will continue to see steady improvement,” said the report titled Beyond The ’20: Private Equity in Indian Real Estate’.

A likely repair of the bruised economy, improving trade relations, policy support and progress on the vaccination front, are the key factors that would drive the sentiment henceforth, it added.

A Savills India statement said that its estimates for private equity investment in the sector are based on factors like overall economic and infrastructure growth, growth in sectors such as manufacturing, logistics and e-commerce. Geopolitical scenario and policy enabling environment are also considered to be key determinants.

As per the report, the warehousing and logistics segment has been among the most resilient asset classes in the ongoing pandemic. Warehouse leasing is expected to increase by 60 percent in 2021 as compared to 2020, keeping investors riveted and on the lookout for investment opportunities.

Savills Research also expects private equity investors to assess an opportunity of around $330 million in the industrial and warehousing segment in 2021. This is approximately 17 percent higher compared to the average annual investments during the period of 2016-2020.

Anurag Mathur, CEO, Savills India said: “2020 has been a watershed year for businesses and industries across the globe. Indian economy has weathered this unprecedented crisis fairly well, which is indicative of its strong inherent fundamentals.”

“Going forward, policy steadfastness and implementation will hold the key to revival of investment. In our view, the investors will proceed with caution in early days, but 2021 is likely to experience a fair amount of PE investment owing to inherent strengths and potential of alternate asset classes in real estate,” he said.

From 2000 to 2015, almost 60 percent of PE investment was in residential segment until the focus of fund managers shifted to ready office assets supported by buoyant demand from 2014 onwards and the segment has attracted approximate 40 percent of investment.

The report noted that the last 2-3 years have seen notable interest in newer asset classes such as student housing, data centres, warehousing and opportunistic assets.

“For the investor community and private equity players, the warehousing segment is becoming an asset class of choice in times ahead. While the leasing activity in the industrial and warehousing segment has declined year-on-year, we expect rentals to see a steady rise as quality supply gets added to the stock,” said Diwakar Rana, Managing Director, Capital Markets, Savills India.

The world of private equity would be aiming for some of their most lucrative opportunities in the time to come, Rana added.