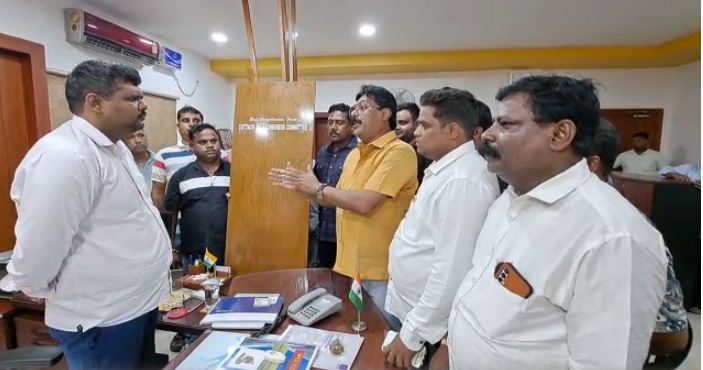 Choudhury apparently donated a new door to the CMC to protest against Mayor Subhash Singh’s statement that he was facing difficulties to have a new door for his office chamber washroom due to severe financial crunch at the CMC.

Causing huge embracement to the civic body, Choudhury also handed over Rs 500 to the CMC Commissioner towards fixing the new door to the Mayor’s washroom.

Singh had made the statement at the CMC council meeting yesterday to highlight poor financial condition of the civic body leading to ruckus and protests.

“The Mayor yesterday told the CMC council meeting that he was facing difficulties to have a new door for his washroom. As a resident of Cuttack city, I have come forward to donate a new door for the Mayor’s washroom. I have also provided Rs 500 to the CMC Commissioner towards the carpenter’s remuneration,” said Choudhury, the president of Cuttack district Congress committee.

Choudhury also threatened that the Congress party will hit the street if the CMC fails to solve the pressing issues of the city at the earliest.

“The Mayor used to say that he needs approval from the Third Floor (Chief Minister’s Office) for any developmental work in Cuttack city. He has grossly failed to perform his duty. We have just shown the trailer by handing over a new door to the CMC. We will show them the entire movie by hitting the street to highlight various issues of the residents of Cuttack,” Choudhury thundered.