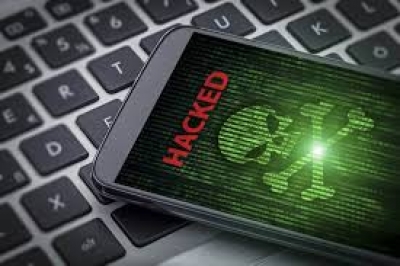 New Delhi: The Pegasus snoop list has 40 Indian journalists and forensic tests confirm presence of Pegasus spyware on some devices, The Wire reported.

Those on leaked list of potential targets include journalists at Hindustan Times, The Hindu, The Wire, Indian Express, News18, India Today, Pioneer, besides freelancers, columnists, and regional media.

The presence of a phone number in the data does alone not reveal whether a device was infected with Pegasus or subject to an attempted hack. However, the Pegasus Project, a consortium of international news organisations, believes the data is indicative of potential targets identified in advance of possible surveillance attempts.

Two founding editors of The Wire are on this list, as is its diplomatic editor and two of its regular contributors, including Rohini Singh. Singh’s number appears after she filed back-to-back reports on the business affairs of Home Minister Amit Shah’s son, Jay Shah, and Nikhil Merchant, a businessman who is close to Prime Minister Narendra Modi, and while she was investigating the dealings of a prominent minister, Piyush Goyal, with businessman Ajay Piramal, The Wire said.

The number of former Indian Express journalist Sushant Singh appears on the list in mid-2018, at a time when he was working on an investigation into the controversial Rafale aircraft deal with France, besides other stories. Digital forensics conducted on Singh’s current phone showed signs of Pegasus infection earlier this year.

The Wire said the list of journalists to emerge from the Pegasus Project’s reporting cannot be considered exhaustive list or even a representative sample of reporters subject to official snooping as it is limited to an analysis of one leaked dataset over a narrow time period and covering only one potential vector of surveillance, i.e. Pegasus.

A good chunk of the journalists who appear in the records are based out of the national capital and work with prominent organisations.

Other prominent media houses also had at least one journalist whose phone number appears in the leaked records. This includes Ritika Chopra (who covers education and the Election Commission) and Muzammil Jameel (who writes on Kashmir) of the Indian Express, Sandeep Unnithan (who covers defence and the Indian military) of India Today, Manoj Gupta (editor investigations and security affairs) at TV18, and Vijaita Singh, who covers the Home Ministry for The Hindu and whose phone contained traces of an attempted Pegasus infection.

At The Wire, those targeted were founder-editors Siddharth Varadarajan and M.K. Venu, for whom specific forensic analysis showed evidence of their phones being infected by Pegasus. The number of Devirupa Mitra, The Wire’s diplomatic editor, also appears in the records.

Apart from Rohini Singh, the phone number of another regular contributor to The Wire – senior columnist Prem Shankar Jha, who writes mainly on political and security matters – also appears in the records, as does freelance journalist Swati Chaturvedi, who was also writing for The Wire at the time she was selected.

Another journalist that finds mention on the list is J. Gopikrishnan, an investigative reporter with The Pioneer, credited with having broken the 2G telecom scam, The Wire said.

Several senior journalists who have left mainstream organisations also appear in the leaked data as individuals who were selected.

The Wire’s analysis of the data shows that most of the above mentioned names were targeted between 2018 and 2019 – in the run-up to the 2019 Lok Sabha general elections.

While some journalists appear to have been added to the list at more or less the same time, suggesting official interest in the group, others figure as standalone entries, perhaps for the stories they were working on at the time. And these stories are not always the obvious ones.

Of that group, records show that former Lok Sabha MP and veteran journalist Santosh Bharatiya was also marked on the list in early 2019. The former parliamentarian had early in his career worked as a journalist.

The Wire said the leaked data also throws up the numbers of journalists who work far away from Lutyens’ Delhi and the national glare. This includes north-east-based editor in chief of Frontier TV Manoranjana Gupta, Bihar-based Sanjay Shyam and Jaspal Singh Heran.