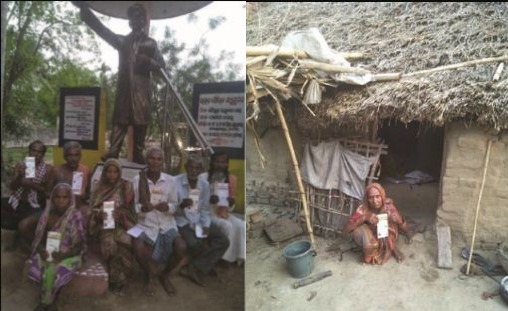 Salipur: Even as Odisha is paying rich tributes to Utkal Gourab Madhusudan Das on his birth anniversary, the villagers of his native place are deprived of getting benefits under Madhu Babu Pension scheme.

The poor villagers of Satyabhamapur near Salipur, around 20 km away from Cuttack, where the architect of modern Odisha was born and brought up, are yet to be included under pension scheme, which is named after Madhusudan Das, as the beneficiaries since 2008.

The government provides Madhu Babu Pension to the poor beneficiaries that include old persons, widows and divyangs.

However, his own village people are not getting the benefits under the scheme.

The 71-year-old widow woman Sashi Das is among them who was the victim of government apathy. After her husband’s death, she is yet to receive any kind of benefits from the government under various schemes including Madhu Babu Pension.

Many widows like her are in extremely poor condition, but they never avail the benefits.

“My husband died in 2001. But I was not added to the pension scheme,” said the 66-year-old Sulochana Bhoi.

Besides, the beneficiaries are also deprived of availing other benefits under various schemes in the village.

The locals also face inconveniences due to poor road condition that is not repaired and improved including it under various road projects.