People have ‘rejected’ B’wood because of its ‘arrogance’, says Vivek Agnihotri 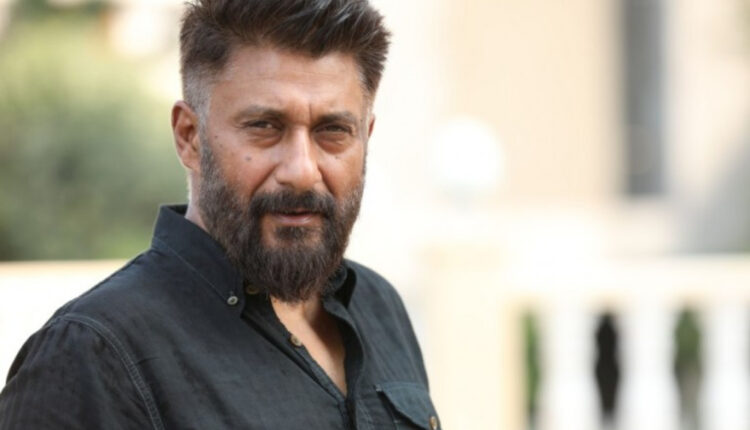 New Delhi: The war of words between Anurag Kashyap and Vivek Ranjan Agnihotri has intensified with ‘The Kashmir Files’ director issuing a detailed statement in response to “Bollywood running a campaign against his film being submitted for the Oscars”.

Kashyap, whose latest release, the Taapsee Pannu-starrer ‘Dobaara’, had a lacklustre opening on Friday, August 19, recently said ‘The Kashmir Files’ must not be chosen over S.S. Rajamouli’s blockbuster, ‘RRR’, as India’s official entry for the best foreign feature film award.

The selection is made by the Film Federation of India (FFI), the apex body of film producers, distributors, exhibitors and studio owners, and since 1957, when Mehboob Khan’s ‘Mother India’ lost by just a vote, all of two Indian films — Mira Nair’s ‘Salaam Bombay’ (1988) and the Aamir Khan-starrer Lagaan (2001) — have made it to the Oscar nominations shortlist.

Neither Satyajit Ray, with three FFI nods, nor Kamal Haasan, seven of whose films have been nominated to represent India at the Oscars, made it to the coveted shortlist. And Lagaan, the last Indian film to be in contention for the award, was pipped by a movie from Bosnia and Herzegovina. So, the present debate seems to be much ado about nothing, but still, Agnihotri has reasons to feel offended.

In his lengthy statement, Agnihotri referred to the present drought in the Hindi film industry and said: “Bollywood is suffering today because you are trying to pass on your own failure to an individual because his films work.”

He added: “Go to any middle-class, urban, semi-urban household and interview them and you will find how people hate the arrogance, glossy lifestyle, and the disconnect of Bollywood with real-life audiences.”

Agnihotri said that people have seen through “all this hypocrisy, arrogance, and this flashy, flamboyant lifestyle, paid organised publicity campaigns … and now they are not willing to accept it, which is a good thing, which has made Bollywood rethink the ideology they follow”.

Agnihotri then pointed out how the Bollywood establishment had “boycotted my ‘Buddha in a Traffic Jam’.” And how Bollywood critics and most theatres “boycotted” ‘The Tashkent Files’.

He said: “They are still running a campaign against ‘The Kashmir Files’ Oscars submission. So, they are experts on this. It is a serious topic and I take it very seriously. If people are boycotting their films it is because of the anger of the audience. There is a disconnect between the Indian middle class and the producers and stars because of their arrogance.”

In an emotional attack on the powers-that-be in Bollywood, Agnihotri said: “I have a question. Why does no one speak or raise their voice against corruption and moral decay in Bollywood, or the exploitation? Everyone surrenders to these things and still talks about standing up against powerful people.

He then raised a point that may resonate with many cinema-goers: “Do you think common people are so foolish that they won’t be able to see through this hypocrisy? The people have seen through it and now they are saying, you give us good content, then only we will watch it. You cannot fool us with this Diwali release or that Eid release, or his film or her film. That is the (popular) verdict.”

Referring specifically to Kashyap, he said: “I will tell you why I have tweeted on Anurag Kashyap’s comment. I make my films very passionately and I can also protect them passionately. We sacrificed a lot to make our films.”