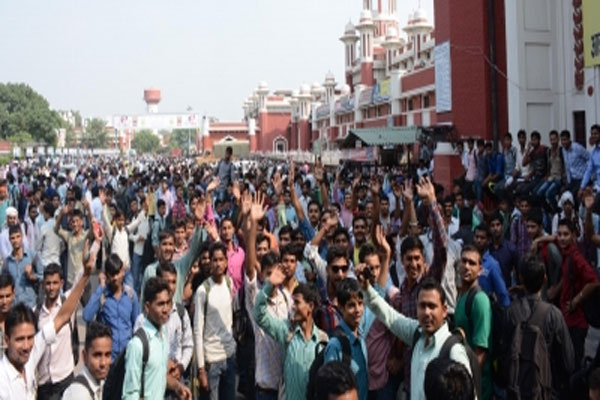 Lucknow: The Uttar Pradesh Law Commission has now classified the suggestions it has received from people on its draft law for population control, into 53 categories.

These include allowing a third child if a couple has two daughters and also if any of the first two children are physically challenged. Several people have suggested a three-child norm instead of a two-child norm.

UP Law Commission chairman Justice A.N. Mittal said that the commission will soon hand over its reports to Chief Minister Yogi Adityanath.

The Commission, last month, had invited suggestions from the people on its website and received over 8,500 suggestions.

According to sources, a number of people have also suggested that people who have more than two children should be barred from contesting the MP and MLA elections.

Other suggestions include denying benefits of reservation to couples who have more than two children and also revoking the right to vote to such couples.

According to the draft law, those who have more than two children will not be entitled to apply for a government job. Those who are already in government jobs will be debarred from promotion. In addition, such parents will not be able to avail benefits of 77 government schemes.

Parents having one child will get several benefits. If such parents are in government jobs then they will get increment, promotion and various concessions in the government housing scheme.

If they are not in government jobs, then such parents will get rebates in water tax, house tax, home loan, and various other concessions.

In addition, if a parent with one child opts for vasectomy then the child will be entitled to free medical facilities till the age of 20 years, education and insurance. This child will also get preference in government jobs.