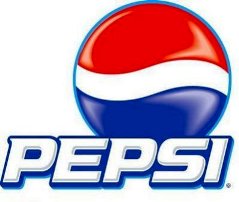 Global food and beverages giant PepsiCo on Monday announced a major initiative to cut calories across its product range to make them more nutritious and meet the present-day health and societal priorities.

“Informed by the latest dietary guidelines of the World Health Organization and other authorities, the company will continue to refine its food and beverage choices to meet changing consumer needs by reducing added sugars, saturated fat and sodium levels in its product portfolio,” a PepsiCo statement said.

“To succeed in today’s volatile and changing world, corporations must do three things exceedingly well: focus on delivering strong financial performance, do it in a way that is sustainable over time, and be responsive to the needs of society,” said PepsiCo Chairman and CEO Indra Nooyi.

“PepsiCo’s journey is far from complete, and our new goals are designed to build on our progress and broaden our efforts,” she added.

Modi had for long been vocal about adding fruit juice to aerated drinks. In January this year he suggested mixing at least 2 per cent fruit juice in aerated drinks, which will in turn help distressed farmers to find a new market for their produce.

Among its various goals for 2025, the company also said it will provide access to at least three billion servings of nutritious foods and beverages to underserved communities and consumers.

Building on its support for the United Nations Guiding Principles on Business and Human rights, PepsiCo is significantly broadening its focus on respecting human rights across the company’s supply chain, the statement said.

The company plans to expand its Sustainable Farming Initiative (SFI) to approximately 7 million acres by 2025, covering crops that collectively comprise approximately three-quarters of its agricultural-based spend.

It also plans to invest $100 million in partnership with the PepsiCo Foundation to support initiatives to benefit 12.5 million women and girls around the world by 2025, the statement added. (IANS)

Match-fixing was at its peak in 1996, says Shoaib Akhtar