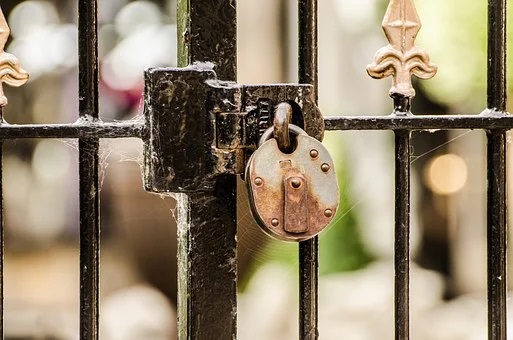 Privatization also means different things in different parts of the world—where both the fundamentals of the economy and the purpose served by privatization may differ. Privatization, as it has emerged in public discourse more now in India, is not one clear and absolute economic proposition. What is bizarre is that amid corona pandemic, India has been quick to jump on the privatization bandwagon or hostile privatization when world is witnessing reversal of globalization and privatization and more importance is given to role of state.

The reprehensible thing is that when survival of human civilization seems to be at stake and people are struggling to cope with the cataclysmic effect of corona pandemic, government has no compunction to accelerate its aggressive privatization agenda under the camouflage of coherent Public Sector Enterprises (CPSEs) Policy.

Proponents of market economy and privatization advocate for reduction of government’s role and argue that “the government has no business being in business”. The government’s role is to facilitate a healthy business environment and maintain law and order. They also argue that government is an unnecessary and costly drag on an otherwise efficient system. But this is opposed to the Bombay plan that comprised a set of proposal of a small group of influential business leaders in Bombay for the development of the post-independence economy of India advocating the interventionist policy of government. In reality, the government acts as a crucial player in a system in which efficiency can be only one of many goals.

What is outlandish is that government is abdicating its responsibility while there is need to help vulnerable people, but it is intervening so as to give enormous concession to rich, corporate behemoths. The concession due to corporate tax cut worth Rs 1.45 lakh crore is a burning example. Crony capitalism is so pervasive is that owners of private sectors are able to twist rules, regulation in their favor, extort various concession unethically which public sector management are unable to do so.

In presence of a strong public sector, private sectors find it tough to create impact or spread its business empire. Hence they put pressure on government to formulate laws to suit them.  Even government is willingly forming rules regulation in such a way that it will impair public sector and help private sector to grow unhindered. The glaring example is systematic decimation of state-owned Bharat Sanchar Nigam Limited (BSNL), which is now gasping for breath despite having a huge trust factor among consumers.

A peek into the history of BSNL shows how successive governments have done injustice to the company to help private companies grow. While private players were given mobile licenses around 1995, BSNL was kept at bay for seven years, finally allowing it to foray into mobile services in 2002. Similarly, the company was not allowed to upgrade its infrastructure for over five years. While India’s first 4G on mobile services was launched in February 2014, BSNL had waited for long times and said to have rolled out in May 20020. Now, it has been disallowed to import materials from China for its 4G services.

Further, private sector managers may have no compunction about adopting profit-making strategies or corporate practices that make essential services unaffordable or unavailable to large segments of the population. Private provision suffers when private managers take action inconsistent with the public interest—for example, performing trashy work in an effort to boost profits or denying service when costs are unexpectedly high.

A profit-seeking operation may not, for example, choose to provide health care to the impoverished or broaden education to poverty stricken or disabled children. Efforts to provide such services/care requires the reintroduction of government intervention. Thing may be easier if the government had simply continued to provide the services in the first place.

Both public sector and private sector have strength and weakness. Actually, success of an industry  not only depend upon  quality of service it provides, efficiency of employees or better work culture but also market opportunities, demand for its products/services, government polices and international, national situation.

This is evident from problems encountered by industry due to lack of demand for their products in present corona pandemic induced recession. The financial health of many industries was in tailspin, disarray due to stock market collapse after Covid -19 was declared as pandemic. The work culture, role of employees have nothing to do with this destruction of wealth. Some financial sectors are worried where and how to invest their surplus funds.

What is disconcerting is that private sectors are not creating additional jobs; output but they are just snatching the share of public sector. For example Reliance JIO is growing at the cost of BSNL customers. By contrast, overall employment is declining or remaining stagnant as private sectors are trying to maximize profit though cost cutting, downsizing, using more capital and labour displacing technology.

A private sector lacks human face and humanitarian approach. Private companies will never do business where cost is high and there is less chance of profits. For example, in rural areas or remote areas, private bank and insurance industry will not open their branches if cost is high, while public sector will do. Private sector will not establish industry where it is necessary for spurring development and maintaining regional balance but will open in those places where their profits can be maximized.

It is argued that many public sector undertaking incur huge losses and are a drain on the economy’s resources. It is not only some public sector enterprises are incurring losses, but a large number of private sectors too. Even some private sectors are rescued by public sector like Oriental Bank of Commerce rescuing Global Trust Bank. It is private  companies which  are draining out resources by not paying loans resulting in to rise of  NPAs, loan write off; extorting huge tax cut and concession; garnering natural, mineral resources including raw materials at much cheaper price.

Overall, public sectors are incurring profit and not drain on national exchequer as propagated. According to the Public Enterprises Survey-2018-19 tabled in Parliament on February 2020, of the total 348 CPSEs as on March-end, 249 were operational, while the remaining 86 were under construction and 13 were under liquidation. The number of profit making and loss making companies was lower than the previous fiscal. While 178 have made profit, only 70 have incurred losses in 2018-19.

The net profit of operating central public sector enterprises (CPSEs) rose 15.52 per cent on-year to Rs 1.43 lakh crore in 2018-19 ,  whereas 70 loss making CPSEs reduced their overall losses by 1.69 per cent in the same period to Rs 31,635 crore. These CPSEs employed over 15 lakh people and paid the government a neat Rs 3.69 lakh crore in various levies in 2018-19, higher by nearly Rs 1010 crore compared to the previous fiscal.

The real purpose of unfettered disinvestment and privatization is to raise resources to bridge the fiscal deficit as government is unable tax the rich, wealthy, corporate behemoths at higher rates and failing to curb tax evasion. This is tantamount to selling family silver to pay the grocers’ bill. Such privatization policy are getting massive support from corporate honchos and their controlled media because in the process of privatization, national assets are transferred to corporate, rich, wealthy people at throw away prices. However, it is a matter of political and economic ideology not simply to raise revenue or bridge fiscal deficit.

Politicians and bureaucrats favour privatization because, owner of private companies contribute to election fund of political parties and grease the palm of bureaucrats, politicians sacrificing morality and ethical values which a public sector can not do. Nobel laureate Joseph Stieglitz has rightly told that privatization is equivalent to bribarisation. However, in the long run, government loses future stream of dividends, revenues received from public sector from various taxes. What is perilous is that government loses control over economy as a private sector does not carry out the instruction of government with alacrity as done by public sector. This is clearly evident from recent corona pandemic.

However, government is not only privatizing or disinvesting public sector but also relinquishing its responsibility of providing public services like health, education which are increasingly controlled by private sector. As a result of which, health and education has become totally unaffordable for impoverished masses.

Apart from privatization of public sector, we are witnessing a wide range of different activities, all of which imply a transfer of the provision of goods and services from the public to the private sector. For example, privatization covers the sale of public assets to private owners, the simple cessation of government programs, the contracting out of services formerly provided by state organizations to private producers, and the entry by private producers into markets that were formerly public monopolies.

It is argued that privatization of public sector can do away with unnecessary government intervention; bureaucratic shackle that affect performance of public sector adversely.  But in the absence of effective and independent regulatory bodies, it will prove more detrimental. Even regulatory bodies are not independent as their chairman and other members are appointed by government too. One cannot cut head due to headache but has to take medicine to relieve pain. Hence, there should be vociferous demand for autonomy to public sector enterprises instead of privatization.

Initially, a private company gives huge concession, provides services at cheaper rate to capture customers and market and thereby destroy analogues weak industry. Once, some monopolizes in any services, or area of operation or form cartel, they charge exorbitant prices which become unaffordable for masses. The glaring example when huge mobile fees were charged by Reliance when it had monopoly (when mobile service was introduced). In absence of effective regulatory bodies, privatization will exacerbate inequality and lead to concentration of wealth at fewer hands.

Any form of privatization should be desisted even loss making because, government may try to push any public sector to incur loss so as to sell it. When there is no alternative to save a public sector, privatization may be thought of only. Privatization also does not serve public interest at all. It is never sustainable policy prescription to fight economic distress, loss of jobs and revive growth.

Democratic politics, unlike the market, is an arena for unequivocally articulating, criticizing, and adapting preferences; it inspires participants to make a case for interests larger than their own. Privatization shrinks public sphere—the sphere of public information, deliberation, responsibility and accountability, answerability. These are fundamentals of democracy whose value cannot be ignored just in the name of efficiency.

Actually, such aggressive privatization will destroy Indian economy and decimates the poor. Instead of being harbinger of self-reliant economy it will make Indian economy more vulnerable to whims and caprices of corporate honchos. It is unwise to jump on the privatization bandwagon, as a matter of political and economic ideology or simply to raise revenue.

*The author is an Odisha-based eminent columnist/economist and social thinker. He can be
reached through e-mail at [email protected]

DISCLAIMER: The views expressed in the article are solely those of the author and do not in
any way represent the views of  Sambad English.