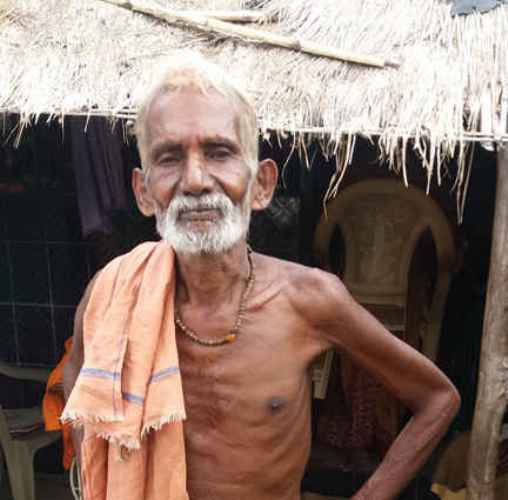 Everyone might have come across the story about return of dead person from graveyard. It sounds too weird when a person after being declared as dead and the body was sent for autopsy returned home safely.

The incident was reported from Kantakhali village under Patrapur block in Ganjam district where a person identified as Ulla Pradhan was declared dead, but he returned home while his bereaved family members were mourning on his death. He informed the Tehsil and other officials that he was alive, not dead.

According to reports, Khariaguda police had recovered an unidentified body from a farmland near Palaspur hill two days ago. The cause of death was suspected due to sunstroke. The body was later identified by Ulla’s wife Sulochana and his daughters, who confirmed about the body. Police sent the body for postmortem and the family returned home with grief.

However, the story took an adverse turn in the morning when few locals spotted Ulla, who was declared dead, roaming at another village Chandpur. They immediately informed wife Sulochana. The family rushed the village where Ulla was found and brought him to his home.

In fact, the family had committed a blunder in identifying the body, which resembles Ulla. They busted into tears to see the body and returned home to prepare of last rites of the body thinking that Ulla was no more.

The unidentified body is yet to be identified.

Know how to cure smelly feet, sunburns at home