Personal enmity or loot? Manager shot at inside bank in Odisha 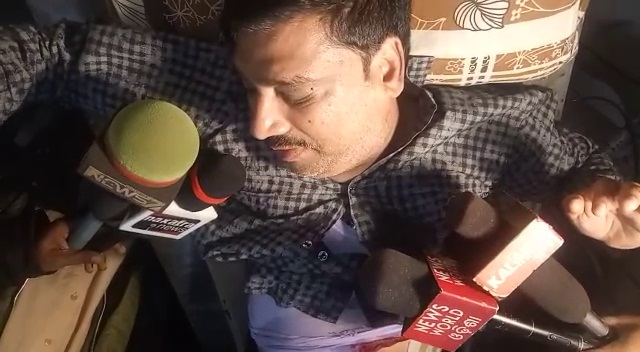 Balangir: A bank manager of the Utkal Gramya Bank was shot at by two miscreants inside the bank in Titlagarh here in the district today.

The injured manager identified as Koshal Dora was rushed to the Titlagarh Community Health Centre in critical condition.

According to reports, the miscreants wearing masks had entered into the rural bank located at Bijepur reportedly for loot and opened fire at the manager.

He sustained bullet injuries on his stomach and thigh.

“Two persons visited the bank and inquired about bank loans. I told them at present the PCA is in force in the bank for which we cannot provide loans. We are only offering the gold loan. They inquired the criteria about the opening bank account and asked me for a form to open an account. When I told them to come tomorrow, they shot at me,” said Dora while being taken to the hospital.

However, it is yet to ascertain the amount of cash looted by the miscreants from the bank.

It will be cleared after the probe whether the manager was shot at over personal enmity or bank loot.

KCR to meet Odisha CM on Sunday. Here’s why

Man robbed of Rs 1.5 lakh inside bank in Odisha’s Puri