Philippines to have India’s Brahmos missiles 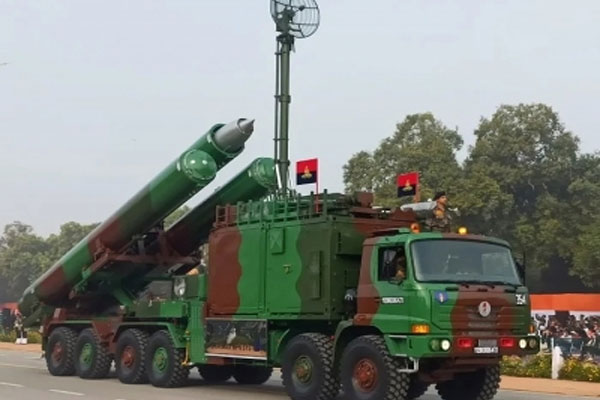 While the first SARO is worth PHP1.3 billion (over $27 million), the second amounts to PHP1.535 billion.

“The medium-range ramjet supersonic BrahMos cruise missile system is being eyed for this project,” reported Philippine News Agency, the newswire service of the Philippine government.

Manila’s military material procurement plans, which had gone haywire after the Covid-19 outbreak, have witnessed quite a surge recently considering the escalating regional tensions, especially China’s strategic expansion into the South China Sea.

On Tuesday, the Department of National Defence (DND) of the Philippines had signed a PHP 28-billion contract with South Korean shipbuilder Hyundai Heavy Industries (HHI) for the acquisition of two brand-new corvettes for the country’s Navy.

“Those (Black Hawks from Poland and OPVs from Australia) could be the last two contracts to be signed next month,” said country’s Defence Secretary Delfin Lorenzana, two days ago.

Lorenzana had visited India in March 2018, along with a six-man delegation including his Under Secretary for Finance and Materiel Raymundo DV Elefante, and held meetings with then Indian Defence Minister Nirmala Sitharaman at the South Block.

Manila’s long wait to get BrahMos

Philippines has shown interest in acquiring BrahMos – the potent offensive missile weapon system developed through the joint venture between India (DRDO) and Russia (NPOM) – ever since the indigenously built stealth warship INS Sahyadri docked at Manila South Harbour in October 2019 along with an anti-submarine corvette, INS Kiltan.

“The Philippine Army is interested in acquiring this type of missile as it will strengthen our coastal defence operations,” PA spokesperson Lt. Col. Ramon Zagala, had said in a statement then.

A month later, Lorenzana confirmed that the country is eyeing acquisition of the supersonic missile which has established itself as a major force multiplier in modern-day complex battlefields with its impeccable anti-ship and land-attack capabilities.

“The Army is looking at it… There is money for it as per our modernization programme,” the defence chief was quoted as saying by the PNA, saying that the Philippines is keen on buying “two batteries” of BrahMos.

However, the acquisition hit the Covid roadblock in 2020 as Manila said that getting enough funds to acquire the missiles from India remains a challenge.

“The Brahmos (programme) is moving forward but the challenge now is (the) funding,” Lorenzana said in November 2020.

It was on March 2 this year that the two countries finally signed an agreement for the supply of BrahMos with Philippine Defence Undersecretary Raymund Elefante and India’s Ambassador to Manila Shambu Kumaran completing the formalities at Camp Aguinaldo, headquarters of the Armed Forces of the Philippines (AFP).

“As of now, it is a go. The implementing agreement recently signed will facilitate the G2G (government-to-government) mode of procurement,” Lorenzana said.

However, possibly due to the funding crunch, the top official said that the country would be procuring only one battery (“Three systems na yan (it will consist of three systems),” Lorenzana said), as of now.

Speaking at the virtual 18th ASEAN-India Summit in October, the Filipino leader had thanked India for its consistent affirmation of the importance of the rule of law in the South China Sea, freedom of navigation and peaceful resolution of disputes, in accordance with the 1982 UNCLOS.

Duterte called India a reliable partner of ASEAN and said that the Philippines looks forward to 2022 as ASEAN-India Friendship Year and commits to continue strengthening ASEAN-India relations for mutual gain.

‘Will not allow country to fall into Talibani culture’, Ajmer Dargah…