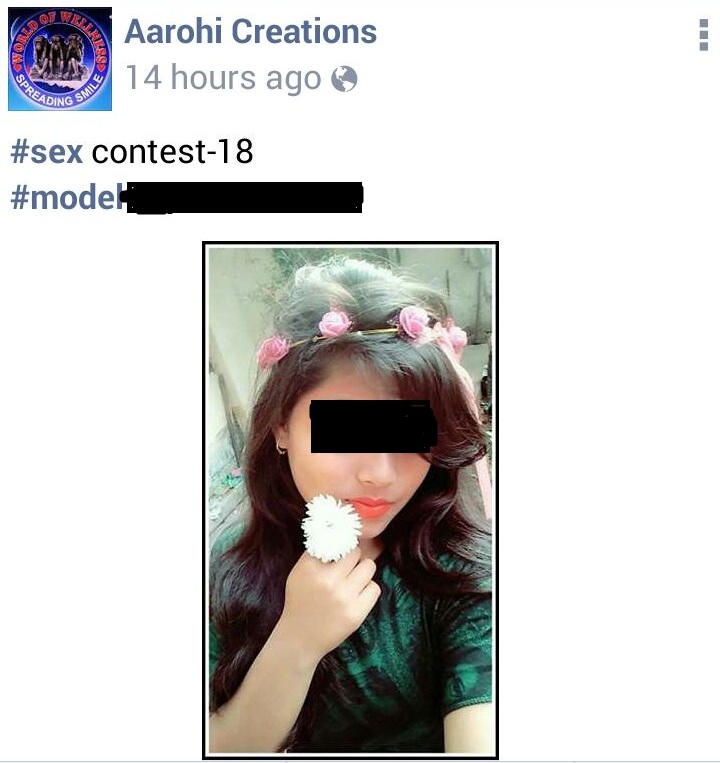 The students of Rama Devi (RD) Women’s University in Odisha capital were a distraught lot as photographs of over 100 students were allegedly posted on Facebook with derogatory remarks without their knowledge.

This shocking incident has forced the girl students to file a complaint with Saheed Nagar police against Aarohi Creations’ chief Sujit Sahu alleging that their photos were posted on its Facebook page with objectionable captions.

“We were shocked to find the photographs on Facebook owing which we have registered a case with the Saheed Nagar police station. The police have assured us to investigate into the matter,” a complainant expressed.

Photos of over 100 girls of the varsity were posted on the Facebook page with objectionable caption “sex contest”.

Meanwhile, Twin City Commissionerate Police have started investigation into the incident after registering a case.

“We have filed an FIR and are investigating into the matter,” Saheed Nagar police Station IIC, Kishore Mund said.

With outrage over the incident growing thick and fast, the page has been blocked by Facebook.

FIR against five for collecting money to help al-Qaeda…