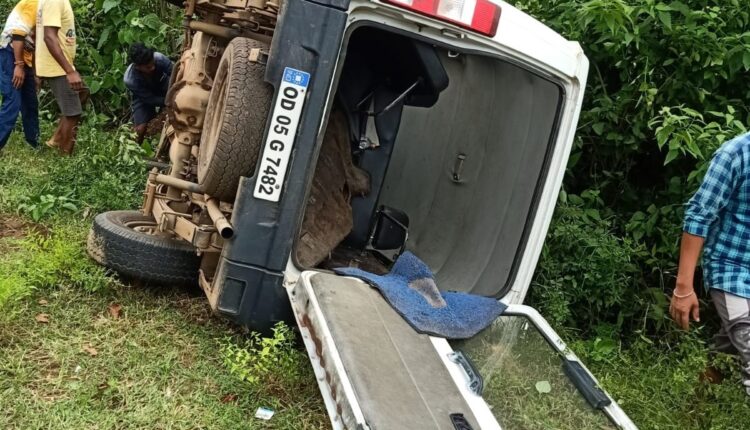 Paralakhemundi: As many as six police personnel were injured after a pilot vehicle of Odisha Minister Jagannath Saraka met with an accident near Birikote village under Adava police limits in Gajapati district today.

The injured police personnel included an ASI, one Havildar and four Constables.

CCTV cameras to be installed in govt girls schools in Odisha: Jagannath Saraka

The incident occurred when the ST & SC Development, Minorities & Backward Classes Welfare Minister Jagannath Saraka was on his way to Rayagada from Bhubaneswar on Sunday morning.

Source said that a police vehicle that was escorting the Minister’s vehicle turned turtle under Adava Police Station area after the driver lost control over the vehicle when someone suddenly came on the front midway.

Six police personnel injured in the incident were rushed to the Birikote primary health centre for treatment.

Another vehicle was provided to escort the Minister’s vehicle to Rayagada.