Pinaka guided rocket system test-fired from base on Odisha coast 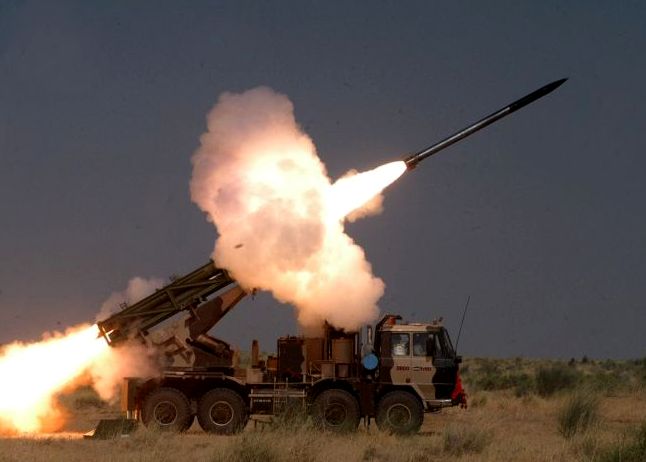 Balasore: An upgraded version of India’s indigenously developed Pinaka guided rocket system was successfully test-fired from a base on Odisha coast on Thursday in a boost to the Army’s artillery power, defence sources said.

The multi-barrel rocket launch system, developed by Defence Research and Development Organisation (DRDO), was fired from the Proof and Experimental Establishment firing test range at Chandipur near here around noon, they said.

The indigenously developed guided Pinaka system is all set to significantly boost the capability of the artillery to hit the targets with precision and accuracy, the sources said.

During the trial carried out during the day, the weapon system achieved the desired accuracy by hitting the intended target with high degree of precision, they said.

“All mission objectives were met during the test,” they said. The sophisticated system has a maximum range of 40 km for Mark-I and 75 km for Mark-II variant, and can fire a salvo of 12 rockets in 44 seconds, the sources said.