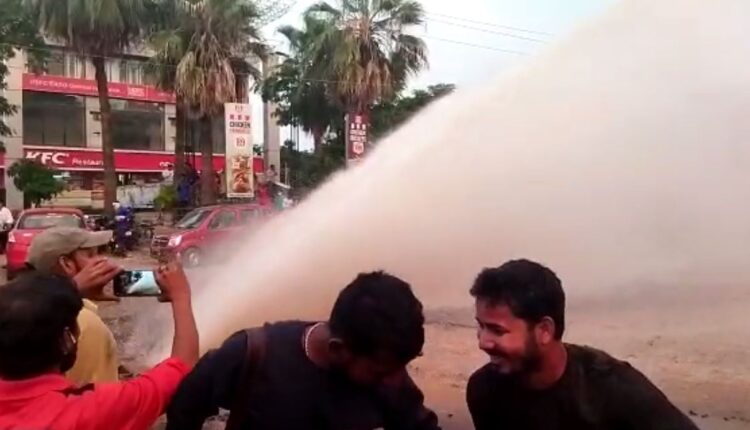 Cuttack: Commuters on Badambadi road in Cuttack city had a harrowing time when a water supply pipe passing under the road broke open today afternoon.

Eyewitnesses said the water pipeline under the road burst and high speed water released onto the road. The water outburst was so violent that a woman who was walking near the spot sustained head injuries. Besides, a four-wheeler’s windshield was damaged.

The vehicular movement in Badambadi of the millennium city has been affected following the water supply pipe burst in the middle of the road.

Officials of the Public Works Department and police officials have been present at the spot. Efforts were on to repair the damaged pipe till the filing of this report.

Few days back, similar incident of water pipe breaking open was reported in Purighat area of the city.