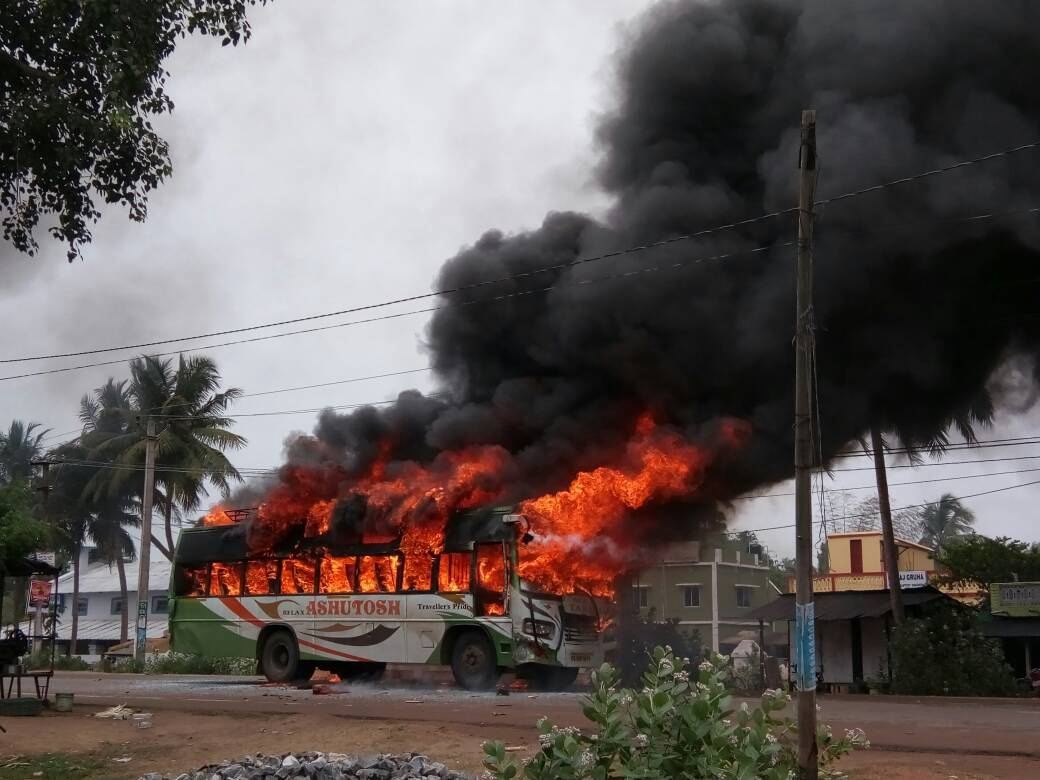 Bus service from Bhubaneswar and Cuttack to Puri, Konark, Nimapara and Astaranga has been halted today following the decision of Bhubaneswar Bus Owners’ Association to do so after three buses were torched in Pipili yesterday over an accident that claimed two lives.

The association has decided to continue the boycott till the state government gives assurance to fulfil their demands.

It has put forth demands of giving compensation for the damage, waiving the EMIs (equated monthly instalments) of the vehicles destroyed in the arsoning and arrest of those involved in the torching.

It may be mentioned here that Pipili was on the boil after a husband-wife duo was run over by a bus yesterday resulting in death of the couple.

The locals set ablaze the buses and staged a road blockade in protest.

Kim Kardashian has ‘no respect’ for her former step-father