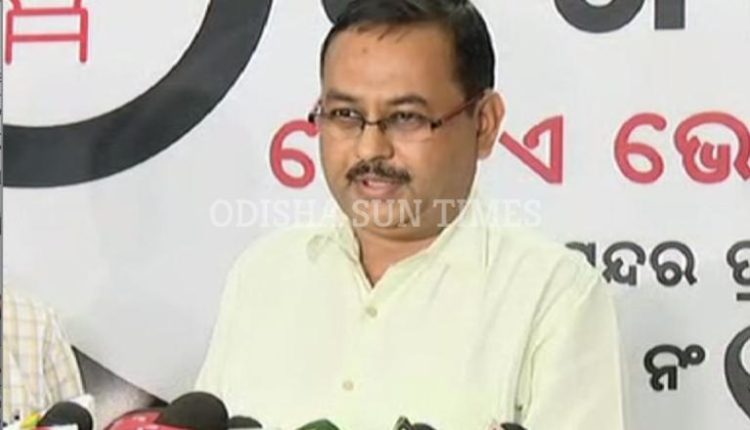 Bhubaneswar: As nominations of three poll aspirants for the Pipili by-poll were rejected during the scrutiny and two candidates withdrew their papers, a total of 10 candidates have been in the poll battle. Odisha Chief Electoral Officer Sushil Kumar Lohani today stated as many as 15 candidates had filed their nominations to contest in the by-election.

Today was the last date for filing of nominations for the Pipili by-election.

The number of polling booths has been increased to 348 for the by-election. Of them, 102 booths have been categorized as critical booths. Arrangements have been made for web casting at 50% of the booths, the CEO added.

Lohani stated keeping in view the Covid pandemic, maximum 1,000 voters will be allowed to cast their votes at one booth.

As many as 415 new voters have been added from January to March, Lohani informed.

The number of total voters in the Pipili Assembly seat is 2,29,998. Of them, 1,077 will participate in the by-election through postal ballot. The process for postal ballot vote will begin from April 6 and continue till April 16.

A total of 909 voters are aged above 80 years whereas 168 are differently-abled.

Parties have been allowed to hold meetings with maximum 200 attendees. In closed space venue, only 50% of the hall capacity will be allowed to attend.

The CEO added the Puri District Collector have been directed to take action if any candidate fails to adhere to the Covid guidelines.

Two IAS officers have been given charge of Observer for the Pipili by-election. Lohani stated the two Observers will keep an eye on poll expenditures and management of parties.

The Pipili by-poll is scheduled to be held on April 17. The results will be declared on May 2.

The bypoll to the Pipili Assembly seat was necessitated after former BJD leader and seven-time MLA Pradeep Maharathy’s death in October last year.