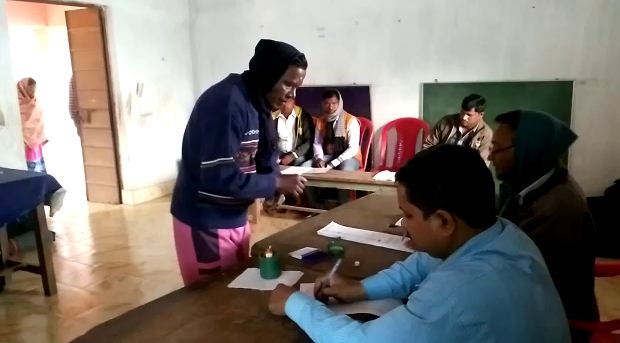 Puri/Bhubaneswar: Acting as per a directive issued by the Election Commissioner of India (ECI), ADM, Puri-Cum-Returning Officer for 110-Pipili Assembly Constituency Pradip Kumar Sahoo asked poll candidates, election agents, polling agents, counting agents and drivers to get double vaccinated. The Pipili bypoll has been scheduled to be held on September 30.

The Returning Officer stated poll candidates, election agents, polling agents, counting agents and drivers who will come in contact with the public election officials during the bypoll to Pipili Assembly Constituency will present the double vaccination certificate. He further said they will produce the certificate during poll day, counting votes and meeting places, etc.

As per the gazette notification, the counting of votes will take place on October 3.

While ruling BJD has fielded Rudra Pratap Maharathy for the bypoll, BJP and Congress have announced Ashrit Pattanayak and Bishwokeshan Harichandan Mohapatra as party candidates.

A total of 10 candidates have been contesting for the Pipili bypoll.

Worth mentioning, the Pipili poll was postponed after the demise of Congress candidate Ajit Mangaraj just three days before the election scheduled on April 17 this year.

Later due to the second wave of Covid pandemic, the bye-election was deferred till indefinite period.