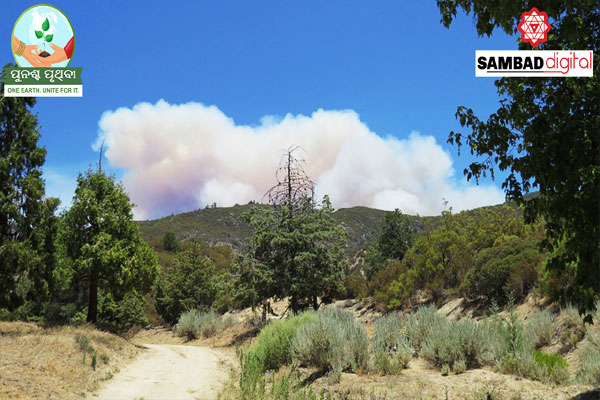 Bhubaneswar: While statistical data indicate high mortality rate prevails among people infected with Covid-19 in highly polluted areas, researchers opine that it is high time to look at the possible measures to skew the air pollution indicators.

1 lakh people die prematurely due to air pollution in India

As the vehicular emission is one of the major contributors towards air pollution, efforts should be to plant more number of trees roadside. Plants absorb carbon dioxide and emit oxygen and act as ‘lungs’ for the environment. Choosing the right trees for plantation roadside is the key to filter the particulate matters and bring down the level of pollution.

Starting from the British period till date, large number of trees have been cut to pave ways for infrastructural development purpose. There is nothing unusual if big trees are being fallen for railway projects or highway expansion these days. But there is a catch during this developmental process, said Dr Sanjaya Kumar Pattanayak, Professor at Environmental Science Department of Sambalpur University.

He further stated once trees are cut, bio-diversity will be lost. Though it is said plants will rejuvenate, felling down of trees for road or railway projects, industrial expansion and township expansion will lead to imbalance of ecological equilibrium.

“Thus, the function of the recreated plant system will be at a greater extent different from the original system. This change may at times lead to uncontrollable changes to the Earth’s climate system. However, human population growth is inevitable and with this destruction of the plant cover will progress along the time line. Therefore, green belt development concept has become important for policy makers,” Pattanayak opined.

Pattanayak added while preparing green belts, the selection of plant species should be site-specific giving due consideration to local species assemblage.

The Air Pollution Tolerance Index (APTI) values of plants be given due importance and fruit bearing plants with higher APTI be considered for this purpose.

Some of the important species with relatively high APTI are Ashoka (Saraca Indica), Banyan (Ficusbenghalensis), Mango (Mangifera Indica), Mahagunii (Swieteniamahoganii), Asattha (Ficusreligiosa), Holopteleaintegrifolia (medicinal plant). However, some sensitive plants with low APTI must be planted to delineate the polluted corridors.

All schools in Delhi to remain closed due to air pollution