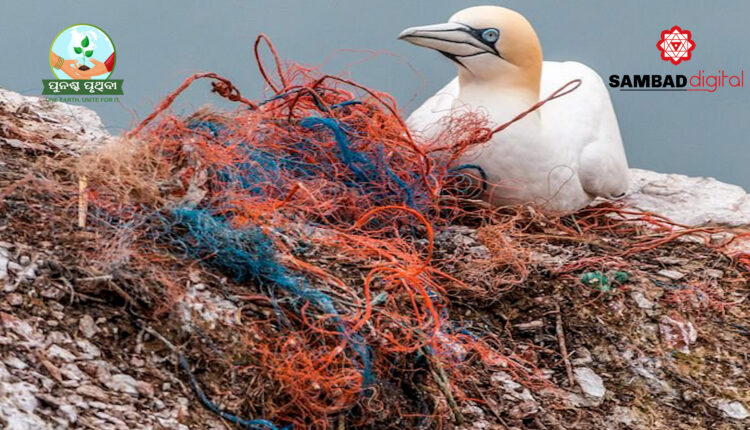 Bhubaneswar: Plastics pose a major threat to marine bio-diversity. Thousands of marines species such as seabirds, turtles, seals and other mammals are being killed every year after ingesting plastic or getting entangled in it.

A research has found how microplastics are affecting hermit crabs, which play a key role in balancing the marine ecosystem.

Hermit crabs are known as scavengers as they recycle energy back into the ecosystem through eating-up decomposed sea-life and bacteria. As such they play a vital role in rebalancing the ecosystem and are an important part of marine life.

The research conducted at Queen’s University in Canada revealed that microplastics are affecting the behaviour of hermit crabs, such as their ability during shell fight contests, which are vital to their survival. There is a strong association between hermit crabs and their shelters or shells, which are taken from marine snails to protect their soft abdomens. As the hermit crab grows over the years, it will need to find a succession of larger and larger shells to replace the ones that have become too small.

They can achieve this through a contest, termed a shell fight, involving the ‘attacker’ rapping their shell against the ‘defender’ in an attempt to evict the opponent from its shell. In these contests, the hermit crabs will fight a competitor to secure the shell that they favour. These shells are vital in protecting and enabling hermit crabs to grow, reproduce and survive.

The new study builds on previous research by Queen’s University that showed hermit crabs were less likely to touch or enter high-quality shells when exposed to microplastics.

The new study, published in Royal Society Open Science, provides a more in-depth insight into how the hermit crabs behaviour is affected when exposed to microplastics. The microplastics impair both the attacking and defending behaviour of hermit crabs during contests, impeding their ability to secure the larger shell that is required for both their growth and survival.