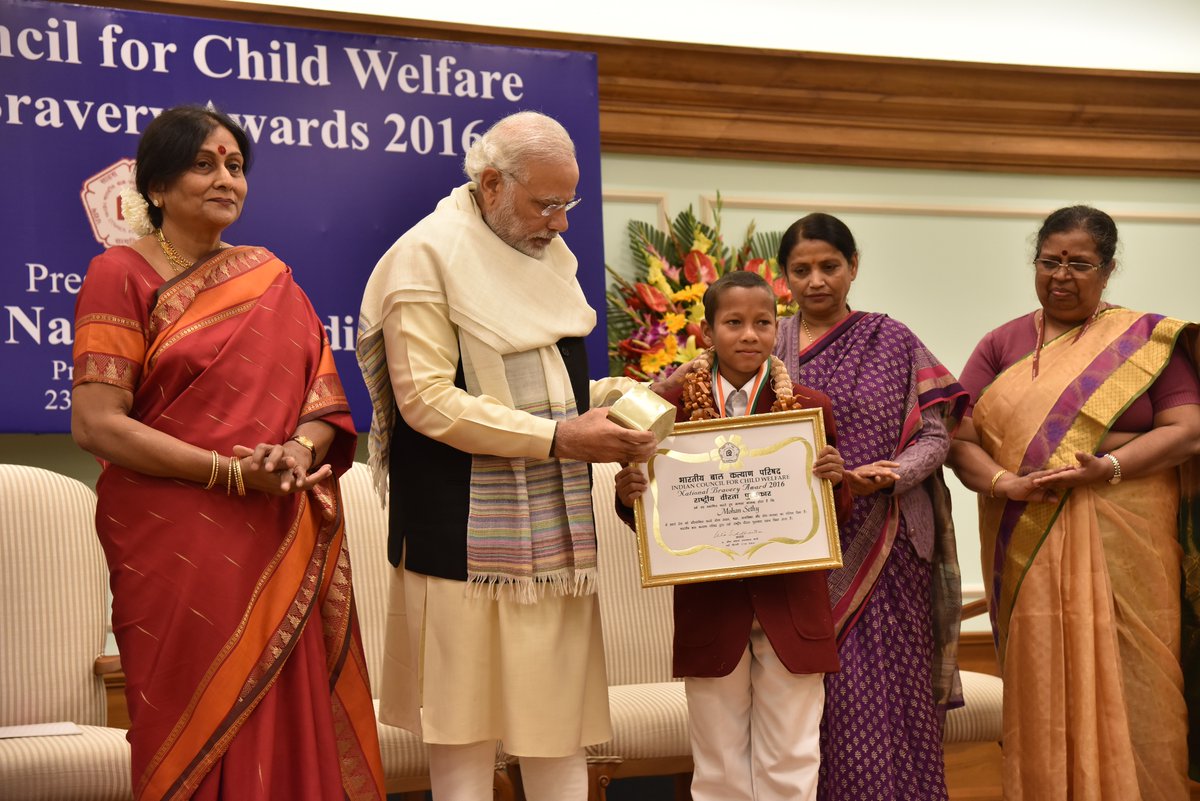 The young bravehearts, 12 girls and 13 boys, were felicitated here by the Prime Minister in a function. Indian Council for Child Welfare’s (ICCW) National Bravery Awards has been bestowed posthumously to four of the awardees.

“What you all have done does not only show how brave you are, but also explains your determination. And that saved someone’s life. Take this as a beginning; this is not the destination,” Narendra Modi said at the ceremony.

“Youngsters like Mohan Sethy make us proud. This boy from Odisha saved his friend from drowning in a river,” he tweeted.

Earlier on Friday, Delhi Lt Governor Anil Baijal had felicitated these children at a function at Raj Niwas here.

The 11-year-old boy from Jaluka village in Cuttack district in Odisha had saved his friend from drowning on June 28, 2015. Mohan along with his friend Sabyasachi had gone to Genguti river to take bath. However, Sabyasachi lost his balance and slipped into deep waters. Seeing his friend drowning, Mohan shouted for help but to no avail. He then desperately dived into the water with a piece of cloth to save his friend.

He dragged his friend to safety with the help of a cloth. While Sabyasachi is also of the same age group, the young boy’s bravery and presence of mind has earned much appreciation.

It may be mentioned here that the recipients will be granted financial assistance until they complete their schooling. Besides, the government has also reserved some seats for them in medical and engineering colleges and polytechnics.