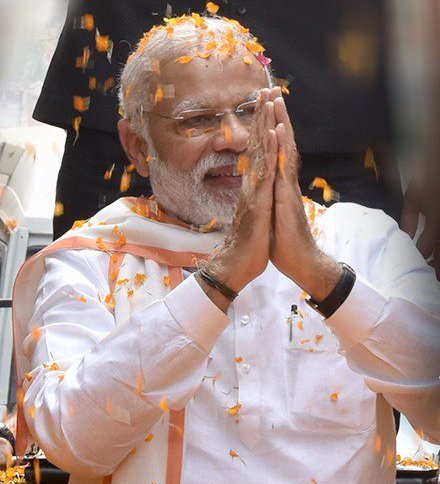 The Prime Minister then proceeded towards Raj Bhavan amid tight security.

On his way to the Governor’s House, Modi enthusiastically waved hands at people who had gathered at roadside to have a glimpse of the PM.

He was felicitated by members of BJP Mahila Morcha in front of the Raj Bhavan.

After a brief halting at the Raj Bhavan, Modi proceeded towards Janata Maidan, venue for BJP’s national executive meeting.

The PM was seen alighting from his car and walking on road at Jayadev Vihar to greet his fans.