PM Modi calls for development of football in India 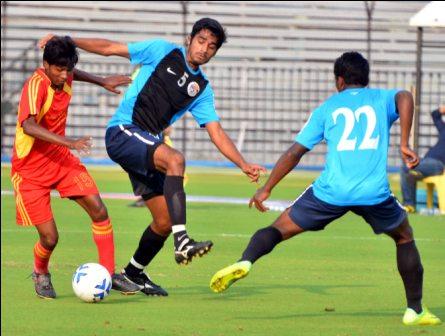 Prime Minister Narendra Modi on Sunday acknowledged the rise in popularity of football in India and called for creation of the right atmosphere for the game’s development.

Modi was speaking about football during his “Mann Ki Baat” radio address against the backdrop of India scheduled to host the U-17 football World Cup next year.

The All India Football Federation (AIFF) and the Centre have been involved in efforts to develop the sport ahead of the World Cup.

“Last time around, I had talked about U-17 World Cup and I have received suggestions from all over the country. I see the outset of a footballing atmosphere here — a lot of people are taking the initiative and founding a team of their own,” Modi said.

“I have received thousands of suggestions on Narendra Modi mobile app. It might be the case that a lot of people do not play the game but to know of the interest of millions of youngsters in the game was a very pleasant experience for me. Our affinity for Cricket was well known to me but the growing interest for football itself indicates a fruitful future.”

India is also set to host two major international tournaments, the Asian Football Confederation U-16 Championship in Goa and the U-17 World Cup.

“Government of India has taken a strategic decision to support the popularisation of football across the nation and we are confident that this support will increase the AIFF’s capability of reaching with football to the whole breadth of the Nation,” Kushal Das, AIFF general secretary, said in a statement on Sunday. (IANS)

My best role is yet to come: Randeep Hooda

COVID-19: Over 1600 cases registered in Odisha for violation…

PM urges parents to encourage children to take up sports